What is Carey Hart's net worth?

Carey Hart is an American freestyle motocross racer and off-road racer who has a net worth of $30 million. Though it should be noted that Carey's wife, the singer Pink, is worth $200 million. Together they own more than $30 million worth of California real estate.

He was born in Seal Beach, California, on July 17, 1975, and was raised in Las Vegas. His parents divorced when he was very young and he and his younger brother Anthony Hart were raised by their father, Tom Hart, who was a construction company owner. Carey's stepfather gave him a motorcycle when he was four years old and he was competing by the age of six.

When Hart was 18, he had turned into a professional racer participating in the AMA supercross circuit, and later became one of the first to participate in freestyle motocross. Hart attracted fame for becoming the first person to ever complete the "superman seat grab" in public at the IFMA events in 1988-1999 and later the "invert superman" at the 1999 Gravity Games. That trick is now named after him and known as the Hart Attack. Two years earlier, he had sustained two broken femurs, broken tibia and fibula, as well as fractured wrists after he was blind sided by a tractor working on the track he was riding on, which smashed straight into Hart's vehicle. In 1999, Hart took home the Bronze medal at the Summer Gravity Games and Gold at the Australian X Games.

During the 2000 Gravity Games, Hart attempted the first back flip on a 250 cc motorcycle in competition. He is credited with the first attempt of a back flip  as he over-rotated his flip and suffered a hard landing, throwing him off the seat. The same year, he won several FMX competitions and honors  Silver at the Las Vegas LXD Freeride MotoX and Toyota's Trick of the Week. He attempted the back flip trick yet again in the 2001 X-Games in Philadelphia. It was here that he met his future wife, singer Pink. He suffered a bad crash at this race when he was thrown off his bike again. 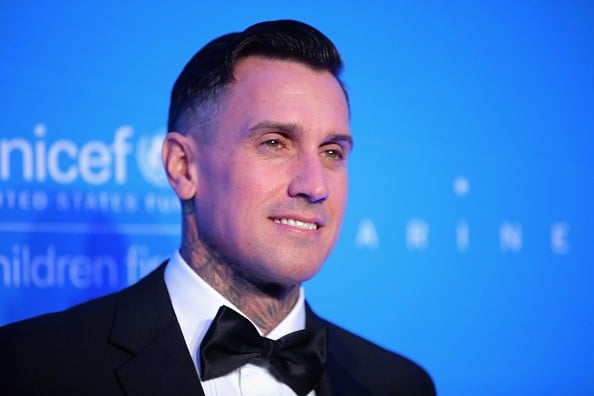 In 2002, Hart picked up another Gold medal at the Australian X-Games and also gained Silver medal in the MotoX Best Trick at the Summer X Games in Los Angeles. Also in 2002, Hart participated in the Tony Hawk's Boom Boom HuckJam Tour. At the 2002 X-Games in Philadelphia, Hart finally completed the backflip successfully and without injury in the best trick competition picking up the Silver medal just behind Mike Metzger, who landed a no-footed backflip. Later that year, he participated in Gumball 3000, an annual British 3,000 mile international road rally that takes place on public roads. He also made his first big screen appearance in "Gumball 3000: The Movie." In 2004, Hart and John Huntington opened Hart & Huntington Tattoo Company in Las Vegas. They later launched their own clothing line based on the shop.  The A&E television network followed Hart and the workings of his shop in the reality show "Inked." In 2005 Hart was the host for ABC's Live's X Games FMX coverage and was a cast member on the fifth season of the VH1 reality show "The Surreal Life." In 2008, he released a book about his time on A&E called "Inked: The Book." The book covered people's stories behind their tattoos. In 2009, they opened up a bigger tattoo space inside the Hard Rock Hotel & Casino. Prior to the 2012 X Games, Hart announced that the Moto X Speed & Style event would be his last competition.

He has appeared in numerous promos for a variety of companies, including Dunkin' Donuts, Ford, Mountain Dew and Fox. He's been in several music videos, including at least five with his wife, P!nk. He also appeared in a cameo for Kid Rock's "Bawitdaba." Hart has also made guest appearances in several films including ESPN/Touchstone Pictures' IMAX film "Ultimate X," "Terrafirma 5," "Frenzno Smooth," "Flipped Out," "Crush: A Transworld Motocross Film," "Seth II," and several of the "Crusty Demons" series. Hart also made a cameo appearance in "Charlie's Angels: Full Throttle."

He and Pink met at the 2001 X Games in Philadelphia, Pennsylvania dated for four years. Pink proposed to Hart in June 2005 via a pit board during one of his races in Mammoth Lakes, California. She held up a sign that asked "Will you marry me?" He ignored her at first and completed another lap of the race. Pink then changed the sign to read "I'm serious!". Hart pulled out of the race to pick Pink up after that. They married at the Four Seasons resort in Costa Rica in January 2006. They announced their separation two years later, in February 2008. After Carey's brother Tony died due to injuries sustained in a motocross competition in August 2008. Hart's estranged wife Pink supported him through the loss, after which they reunited. After Tony's death, the Hart family formed the XTRM Hart Foundation for a fundraising effort in his memory, with an aim to increase awareness of motocross safety and raise money to purchase air fences to use during supermoto races. Red and black wristbands were created to symbolize the Hart Foundation given to donators of the fund.

Pink and Carey Hart, who were now reunited and revealed they had never officially divorced, revealed the birth of their daughter, Willow Sage, in 2011. The pair released photos of their daughter via People magazine, and the couple donated their profits from the photos to various children's charities, including the Ronald McDonald House and Autism Speaks. They had a second child, Jameson Moon, who arrived in 2016.

Carey has suffered numerous injuries over the course of his career, including broken ribs, arms, legs, severe blood clotting and a broken tailbone.

For many years P!nk and Carey's primary residence was a large mansion in a gated community in the Point Dume area of Malibu. They sold the 8,000 square foot house in 2016 for $12.5 million after buying it in 2010 for $11.85 million. After selling in Malibu, the family moved up to their 200+ acre ranch in the Santa Ynez Valley (near Santa Barbara). They bought this particular property in 2013 for $12 million. The property features 25-acres of vineyards which the couple have used to launch a wine called Two Wolves. 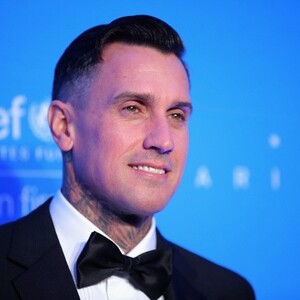