How much is Cadel Evans Worth?

Cadel Evans is an Australian professional racing cyclist who has a net worth of $8 million. Cadel Evans has earned his net worth as winner of the 2011 Tour de France and as a former champion mountain biker, who won the World Cup in both 1998 and 1999. He also placed seventh in men's cross-country mountain bike race at the 2000 Summer Olympics in Sydney. Cadel was born on February 14, 1977 in Katherine, Northern Territory, Australia. His mother Helen Cocks was a bank manager and his father Paul Evans a council foreman. Evans was educated at the Newling Public School in Armidale, and Eltham High School in Melbourne. Evans started his full-time road cycling career in 2001, and gradually moved up through the ranks. He finished second in both the 2007 and 2008 Tours de France; also in 2007 he became the first Australian to win the UCI Pro Tour, as well as the UCI Road World Championship in 2009. While riding for BMC Racing Team he finally won the Tour de France in 2011. This win come after having two tours that were riddled with bad luck, he was among the five oldest racers to win the tour in history at the age of 34. 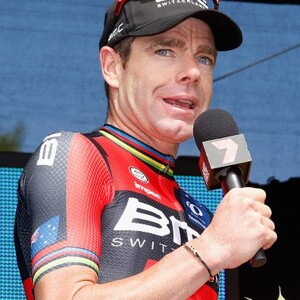