Brian Lara Net Worth: Brian Lara is a former West Indian international cricket player who has a net worth of $60 Million. Being one of the finest players that have ever graced the game, Brian Lara is most widely recognized as the greatest batsmen of his era. Born Brian Charles Lara on 2 May 1969 in Santa Cruz, Trinidad and Tobago, he first started to play cricket as a high-school student and he almost immediately reached the points required for selection for the Trinidad national under-16 team.

Actively honing his skills ever since, Lara made his breakthrough in 1987 when he scored 498 runs in the West Indies Youth Championships and he broke the record of 480 set by Carl Hooper the previous year. It was in January 1988 that he made his first-class debut for Trinidad and Tobago in the Red Stripe Cup against Leeward Islands. He never ceased to grow as a pro and he scored 277 versus Australia in Sydney in January, 1993. Actually, he holds several world records for high scoring and other cricketing records; including the record for the highest individual score in first-class cricket, with 501 not out for Warwickshire against Durham at Edgbaston in 1994. After multiple other scores in the sport, Lara announced his retirement from all forms of international cricket on 19 April 2007. Five years later, he was inducted to the ICC's Hall of Fame at the awards ceremony held in Colombo, Sri Lanka. 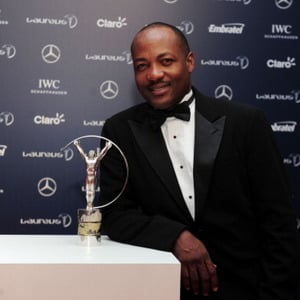