Brett Lee net worth: Brett Lee is a former Australian cricket player and a Channel Nine cricket commentator who has a net worth of $10 million. Brett Lee was recognized as one of the fastest and most exciting pace bowlers in the world of cricket. Known as "Binga", which refers to a chain of electronics stores "Bing Lee" in New South Wales, he held a reputation of an athletic fielder and a valuable lower-order batsman, with a batting average exceeding 20 in Test cricket. In each of his first two years, Lee averaged less than 20 with the ball, but ever since then he has mostly achieved figures in the early 30s. Along with Mike Hussey, he has retained the record for highest 7th wicket partnership for Australia in ODIs with 123 since 2005–06. Lee also played for Kolkata Knight Riders, who scored a victory over Chennai Super Kings during the IPL season. It was on July 13th 2012, when he decided to retire from all forms of cricket, but still staying available for the IPL and the local Big Bash League. Outside of cricket, Brett currently lives in Sydney and loves spending time with his son and family. 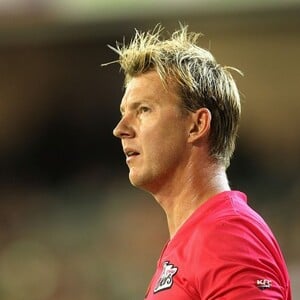