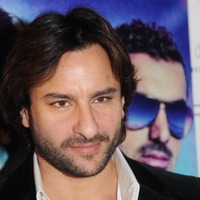 Saif Ali Khan net worth: Saif Ali Khan is an Indian actor who has a net worth of $40 million. Saif Ali Khan is avowed for his work in Bollywood movie industry. Being the son of eminent cricket player Mansoor Ali Khan and actress Sharmila Tagore, he decided to follow his mother's footsteps by embarking on an acting career.

It was in 1992, when he made his acting debut with Parampara, while his first success came in 1994 with Main Khiladi Tu Anari and Yeh Dillagi. However, Khan's bright start was followed by several years of career decline throughout the 1990s. He got back to prominence in 2001, playing a role in Farhan Akhtar's Dil Chahta Hai. Then his performance in 2003 movie Kal Ho Naa Ho earned him the Filmfare Award for Best Supporting Actor, while his work in 2004 movie Hum Tum was awarded with the National Film Award for Best Actor. Further success followed with films like Salaam Namaste (2005) and Race (2008), which can be labeled more as mainstream projects than critically acclaimed ones like Parineeta (2005), Being Cyrus and Omkara (2006). In 2009, he made a shift in his career, branching out in film production with his company Illuminati Films. The first film they made, Love Aaj Kal, become a box-office success. These Khan's accomplishments were noticed and rewarded by the Government of India, who presented him with the Padma Shri award in 2010. Thanks to all his contribution to Hindu movie industry, he became one of the leading men of Hindi cinema. Same like his career path, Khan's personal life has also been filled with ups and downs. His first marriage with Amrita Singh, ended after 13 years and two children. In 2012 he married once again, this time to actress Kareena Kapoor.