Sai Tamhankar net worth: Sai Tamhankar is an Indian actress who has a net worth of $5 million dollars. Born in Sangli, Maharashtra, India, Sai Tamhankar began acting while in high school. She went on to win various acting awards throughout her college career, and relocated to Mumbai in 2004 to focus on a career in performance.

While in Mumbai she also worked as a hotel manager in order to support herself. Her career took off when she was cast in her first Marathi serial, and she has since appeared in many more serials and sitcoms, including "Ya Gojirvanya Gharat", "Agni Shikha", and "Kasturi". She also launched a successful film career and has appeared in both Marathi and Hindi projects. Some of her feature films include, "Sanai Choughade", "Ghajini", "Picnic", "Villa", and the recently released comedy, "Balak Palak". She is engaged to visual effects artist Amey Gosavi, and they were to be married in late 2012. However, the wedding has been pushed back to accommodate their busy work schedules. 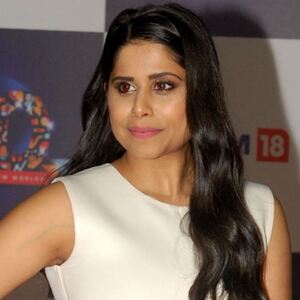