However, her acting career became to busy, and she subsequently dropped out. Some of her projects include "Dahan", "Swet Pathorer Thala", "Abujh Mon", "Moner Manush", "Attiya Sajan", "Sasurbari Zindabad", "Mondo Meyer Upakhyan", "Alo ", "Dwitiya Basanta", "Batikrami", "Anuranan", "Mon Amour", and "Aaynate", among others. In 2013, she made international headlines, when Canadian immigration officials allegedly detained and harassed her for six hours when she was entering the country for the premiere of her film, "Mukti Dir Reshmi", at a Canadian film festival. 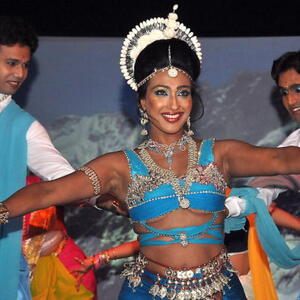