Rani Mukerji net worth: Rani Mukerji is an Indian film actress who has a net worth of $12 million. Coming from a movie-oriented family of Bengali origin, Rani Mukerji made her first cameo appearance in the 1996 Bengali film Biyer Phool, on her mother's insistence. This movie marked her debut as an actress, while, one year later, Mukerji landed her first role in a Hindu movie by playing the protagonist of Raja Ki Aayegi Baraat.

Subsequently, she starred in Karan Johar's blockbuster romance Kuch Kuch Hota Hai (1998), which earned her a Filmfare Award for Best Supporting Actress. As for her remarkable performance in 2002 drama Saathiya, she won her first Filmfare Critics Award for Best Actress. Then in 2004, her roles in the blockbuster romantic comedy Hum Tum and the critically acclaimed drama Yuva, secured her the Best Actress and Best Supporting Actress awards, respectfully, at the 50th Filmfare Awards. Two more Filmfare Awards followed, for her moving portrayal of a blind, deaf and mute woman in the 2005 drama Black. The number of Mukerji's leading roles continued to grow with her performances in the 2005 comedy Bunty Aur Babli and the 2006 adult drama Kabhi Alvida Naa Kehna, both of which were successes in India and abroad. All of these roles helped Mukerji become a leading actress of Hindi cinema. But then, there was a period when Mukerji played a series of roles in commercially unsuccessful films, which caused hold-ups in her career. However, she regained praise from critics after she gave an outstanding portrayal of a headstrong journalist in No One Killed Jessica (2011) and a grieving mother in Talaash (2012). Apart from acting in movies, Mukerji has also featured as a talent judge for Sony Entertainment Television's reality show Dance Premier League in 2009. She is a constant stage performer who keeps her personal life under wraps. 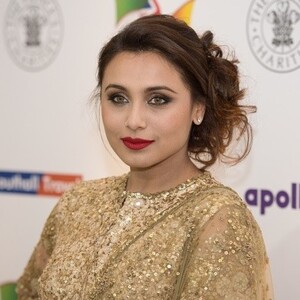