Ranbir Kapoor net worth: Ranbir Kapoor is an Indian actor who has a net worth of $50 million. Ranbir Kapoor is one of the descendants of the highly prestigious and the very first family of Hindu film industry: the Kapoor Family. Belonging to the fourth generation of this eminent Bollywood family, Kapoor embarked on his movie career as an assistant to the film director Sanjay Leela Bhansali in 2005 on the production of the film Black (2005).

As for his acting career, it was startled with his debut in the film Saawariya, which was not a big hit but still earned him a nod from critics. Kapoor acquired much more critical praise for his three notable performances throughout 2009 in the following movies: Wake Up Sid (big commercial success), Ajab Prem Ki Ghazab Kahani (big grosser of the year), and Rocket Singh: Salesman of the Year (moderate box office success). All these performances didn't go unnoticed. They made Kapoor win the Filmfare Critics Award for Best Actor and set a solid ground for new recognitions as the one for his role as an aspiring politician in the political thriller Raajneeti in 2010. While in 2012, he received the Filmfare Award for Best Actor for his portrayal of Jordan in the Imtiaz Ali-directed drama Rockstar and for his depiction of a deaf-mute man in Barfi! If we add his charisma, handsomeness, incredible dancing skills and incredible versatility to his bright acting career, he has all the prerequisites to become the next Bollywood superstar.  Kapoor co-founded Picture Shuru Productions and co-owns the team Mumbai City FC of the Indian Super League. 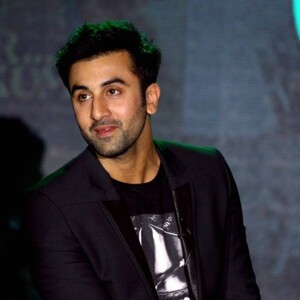