He was the first super star for Hindi cinema which is known as Bollywood. During his acting career he managed to create several milestones that have remained untouched by other actors. He is also known as Kaka and some of his fans have even named him as the Original King of Romance in this Hindi film industry. During his lifespan he went into politics from 1991-96 and also produced some movies during 1971-1995. He is also referred as the Hindi Cinema's Original Superstar. He earned these titles while acting in fifteen consecutive blockbuster movies during the 70's. This is a record in Hindi Film Industry that is still to be broken by someone. During March, 1973, Rajesh Khanna got married to Dimple Kapadia. This has happened just eight months prior to Dimple's first Hindi film Bobby. After getting married, Rajesh Khanna had two sweet daughters. The elder one among these two is Twinkle Khanna who married to Akshay Kumar and the younger one is Rinkie Khanna. Rajesh Khanna appeared in total 180 films. Of those 180 films, 163 of them are feature films and the rest are the short films. In his acting career, he received 3 Filmfare awards as the best actor and nominated as the best actor for 14 times. Rajesh died on July 18, 2012 at the age of 69. 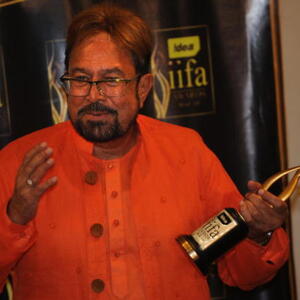