Pawan Kalyan net worth: Pawan Kalyan is an Indian actor who has a net worth of $15 million. Pawan Kalyan was born Konidala Kalyan Babu on Sptember 2nd 1971 in Mogultur, Andhra Predes, India. Being raised as the youngest brother of actor Chiranjeevi and actor-producer Nagendra Babu, Kalayn grown into a popular actor and film director in Telugu cinema himself.

It was in 1996, when he both re-christened himself as Pawan Kalyan and made his acting debut with Akkada Ammayi Ikkada Abbayi. Two years later, he starred in the award-winning movie Tholi Prema that won the National Film Award for Best Feature Film in Telugu for 1998. Other Pawan Kalyan's notable movies are: Thammudu (1999), Badri (2000), Khushi (2001) and Jalsa (2008). Apart from establishing himself as one of the leading Telugu cinema actors, he has also started an organization called Common Man Protection Force (CMPF) in October 2007. Kalyan's organization aims to help people from socially neglected areas in India by resolving their fundamental social problems. As for his private life, Kalyan first married Nandini, but eventually he left her and started living with actress Renu Desai, with whom he worked in his films Badri and Johnny. The pair has two children together: a son called Akira Nandan (born in 2004) and a daughter called Aadhya (born in 2010). 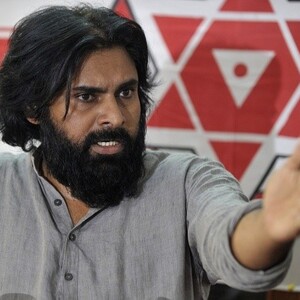