Madhuri Dixit net worth: Madhuri Dixit is an Indian actress who has a net worth of $35 million. Madhuri Dixit was born in Mumbai, Maharashtra, India in May 1967. She is best known for her work in Hindi cinema and was a leading Bollywood actress from the 1980s to the early 2000s.

She is known for her physical beauty and her acting and dancing skills. Dixit has won six Filmfare Awards including four for Best Actress and one for Best Supporting Actress. She set a record by being nominated for the Filmfare Award for Best Actress 14 times. Dixit was awarded India's fourth highest civilian award, the Padma Shri, by the Government of India. In addition to being an actress she has served as a judge on the reality dancing television series Jhalak Dikhhla Jaa. She was named a UNICEF Goodwill Ambassador in India in 2014. In May 2015 Dixit was charged with false representation for her advertisements of the noodle brand Maggi which were found with toxic levels of lead. 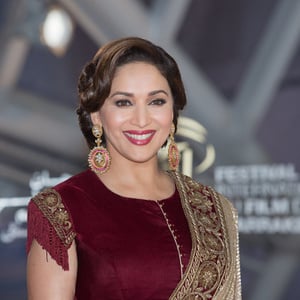