Irrfan Khan net worth: Irrfan Khan is an Indian actor who had a net worth of $50 million dollars at the time of his death. Tragically, Irrfan died on April 29, 2020 at the age of 53. He had been suffering from a cancer-related infection.

Irrfan Khan was born in Jaipur, Rajasthan, India on January 7, 1967. He eventually went on to graduate from the National School of Drama in New Delhi, India. After graduating, he relocated to Mumbai, where he began working almost immediately in film and television projects.

During his career Irrfan appeared in countless of Bollywood films, and has also appeared in a number of British and Hollywood projects. He won numerous acting honors in India, including three Filmfare Awards and a National Film Award for Best Actor. Some of his many credits include, "Salaam Bombay!", "The Warrior", "The Great Maratha", "Banegi Apni Baat", "Jai Hanuman", "Star Bestsellers", "Gunash", "Shadows of Time", "A Mighty Heart", "The Namesake", "The Darjeeling Limited", "Partition", "Slumdog Millionaire", "New York, I Love You", "Knockout", "In Treatment", "The Amazing Spider-Man", "Life of Pi", and "The Lunchbox". 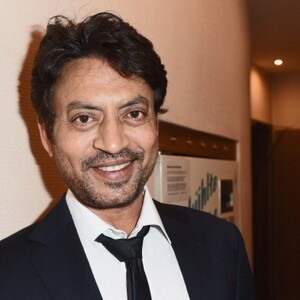