Dev Anand net worth: Dev Anand was an Indian actor, director and producer who had a net worth of $50 million. Dev Anand earned his net worth thanks to a prolific career in the Hindi film industry. He was born on 26th September, 1923 and died on 3rd December, 2011. His original name is Dharam Dev Pishorimal Anand. Apart from acting, directing and producing, Anand also earned a huge reputation in as a writer. He is a part of Anand Family and he is the one who co-founded the Navketan Films in 1949 along with Chetan Anand, his elder brother.

Dev Anand was honored with Padma Bhushan in 2001 by the Indian Government and in 2002 he received Dada Saheeb Phalke Award for his contribution to Hindi cinema. His career spanned over 65 years during which he acted in more than 114 films. In 104 movies of those movie he was the lead actor and he appeared in two English movies as well. Dev was a graduated The Government College, Lahore which is now located in Pakistan.

His hometown was Bombay, which he left during the 1940s and started working at the office of the military censor located at Churchgate. Later he worked as a clerk at an accounting firm and then he joined his elder brother Chetan Anand as the member of Indian People's Theatre Association. He was greatly inspired by Ashok Kumar after watching his film Achhut Kanya. 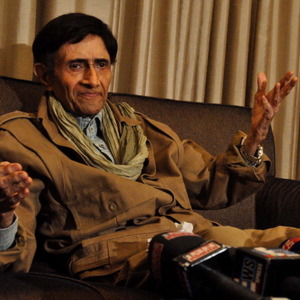