Asin Thottumkal net worth: Asin Thottumkal, mononymously known as Asin, is an Indian film actress who has a net worth of $16 million. Asin started her acting career in the South Indian film industry, but eventually she moved on to appearing mostly in Bollywood films. She made her silver screen debut with the 2001 Malayalam film Narendran Makan Jayakanthan Vaka, starring Kunchacko Boban and directed by Sathyan Anthikad.

But she enjoyed her first commercial success with the 2003 Telugu film Amma Nanna O Tamila Ammayi, winning the Filmfare Best Telugu Actress Award. Her first Tamil movie was M. Kumaran S/O Mahalakshmi (2004), which turned out to be a huge success. While for her third Tamil film Ghajini (2005), she earned the Filmfare Best Tamil Actress Award for her incredible performance. Subsequently, she landed the leading roles in several successful movies, most noteworthy being the dramatic thriller Pokkiri (2007) and the magnum opus blockbuster Dasavathaaram (2008) opposite Kamal Haasan. It was in the late 2008, when she made her debut in a Bollywood film with Ghajini opposite Aamir Khan. Asin fetched the Filmfare Best Female Debut Award and many Accolades for Ghajini. Later on, she starred in the 2009 musical London Dreams and the 2011 Anees Bazmee's romantic comedy, Ready. 2011 marked the most successful stage of Asin's Bollywood career, while 2012 noted her first appearance in Sajid Khan's multistarrer Housefull 2 opposite Akshay Kumar. 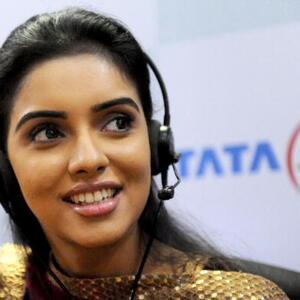