Armaan Kohli Net Worth: Armaan Kohli is an Indian actor who has a net worth of $15 million. Armaan Kohli was born to parents heavily involved in the show business industry in 1972 in India. Kohli started acting as a child, appearing in a few of his father's films, including "Badle Ki Aag" in 1982 and "Raaj Tilak" in 1984.

Kohli didn't appear on screen again until 1992, this time playing Raj in another of his father's movies: "Virodhi". Kohli went on to appear in "Dushman Zamana" as Vijay, "Koyal", "Kohra" as Anand Sharma, "Aulad Ke Dushman" as Vikram Chaudhary, "Juaari", "Veer" as Arjun, "Qahar" as Krishna, "Dushmani", "Jaani Dushman: Ek Anokhi Kahani" as Kapli, and "LOC: Kargil" as Major Vikas Vohra, which premiered in 2003. That was his last film appearance before he began filming 2015's "Prem Ratan Dhan Payo". A year prior to "LOC: Kargil", Kohli made headlines when the car he was driving struck a man. He was next seen on TV screens appearing on the reality show "Bigg Boss 7". Soon after, he was arrested for allegedly assaulting a fellow competitor, Sofia Hayat, and he made bail the following day. Kohli also appeared on Humdunbawg Shetty, a lawyer, on "Tumhari Paakhi". 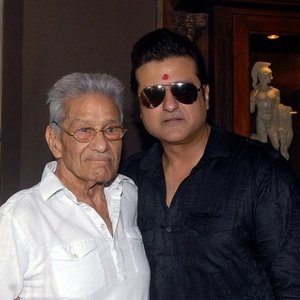