Arjun Kapoor net worth: Arjun Kapoor is an Indian film actor who has a net worth of $10 million. Arjun Kapoor was born on June 26th 1985, in Mumbai, India. Being a son of the Indian film producer, Boney Kapoorhe, grandson of the filmmaker Surinder Kapoor, nephew of the actor Anil Kapoor and first-cousin of the actress Sonam Kapoor, he became familiar with the movie industry at a very young age.

However, he made his acting debut with the romantic drama Ishaqzaade (2012), for which he received a nod from critics for his performance. As for the movie, it was both critically and commercially acclaimed. Before venturing into acting, Kapoor took on the role of an assistant producer and assistant director in several films. As a producer, he created movies like blockbusters No Entry (2005) and Wanted (2009), while as an assistant director, he worked on films such as Shakti: The Power (2002), Kal Ho Naa Ho (2003) and Salaam-E-Ishq (2007). His ambitions to become an actor and film director, were fully supported by his family, even when he weighed around 310 pounds. But it was actor Salman Khan who encouraged him most to start acting and even helped him lose weight. 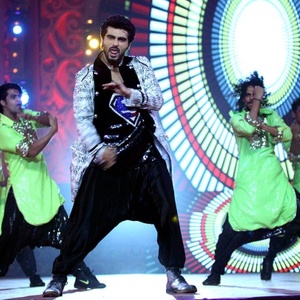