Anushka Sharma net worth: Anushka Sharma is an Indian film actress and former model who has a net worth of $16 million. Being born to an army family based in Bangalore, Anushka Sharma was just an ordinary girl with a strong wish to make it big in the world of modeling and no aspirations whatsoever to become an actress.

At the age of 18, her wish came true by becoming a model for Wendell Rodricks's Les Vamps Show at the Lakme Fashion Week. Within a year, Anushka became sensational Indian model and thus was chosen to be Rodricks's finale model at the Spring Summer '07 Collection. Ever since, she kept making campaigns for Silk & Shine, Whisper, Nathella Jewelry and Fiat Palio. She turned from a model into an actress in 2008, when she got her first role in Aditya Chopra's Rab Ne Bana Di Jodi, opposite Shahrukh Khan. Actuallly, she was signed by Aditya Chopra for a three-film contract with Yash Raj Films. Sharma received her first critical acclaim for playing the role of a lively wedding planner in the 2010 romantic comedy Band Baaja Baaraat. As a result, she ended up being a two-time Best Actress nominee at the Filmfare Awards ceremony. While in 2012, she fetched the Filmfare Award for Best Supporting Actress for her work in Yash Chopra's romance Jab Tak Hai Jaan. 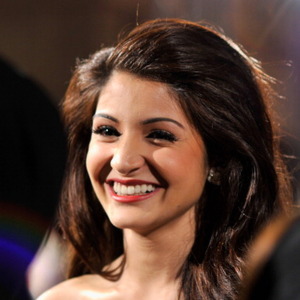