Then in 1999, Ajay made another notable performance in Mahesh Bhatt's drama Zakhm, which was crowned with another National Film Award, but this time for Best Actor. In the same year, he got married with the beautiful Indian actress Kajol, with whom he welcomed a baby daughter in 2003. His personal bliss was accompanied with success in his professional life, earning a second National Film Award for Best Actor for his rendition of Bhagat Singh in Rajkumar Santoshi's biopic The Legend of Bhagat Singh (2003). In the upcoming years, he has taken roles in many critically acclaimed and commercially successful movies, few of which are: Raincoat (2004), Omkara (2006), Golmaal Returns (2008), All the Best: Fun Begins (2009), Once Upon a Time in Mumbaai (2010), Golmaal 3 (2010), Singham (2011), Bol Bachchan (2012) and Son of Sardaar (2012). Leading a life of an established actor in Bollywood, he decided to try his chances as a film producer, making his debut with U Me Aur Hum in 2008. Apart from the fact that this movie turned out to be a moderate success, he established a production house named Ajay Devgan Films. 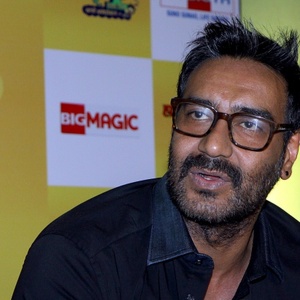