Ajay Devgan net worth: Ajay Devgan is an Indian film actor, director, producer and stuntman who has a net worth of $30 million. In 1991, Ajay Devgan appeared on the silver screen for the first time with the release of Phool Aur Kaante, which was a huge hit. For this movie he received the Best Male Debut award at Filmfare. And then he was cast as the lead role in films like Jigar in 1992, Suhaag in 1994, Dilwale in 1994, Diljale in 1996, Naajayaz in 1995 and Ishq which was released in 1997.

In 1999, Ajay Devgan won the National Film Award as the best actor for the movie Zakhm which was produced and directed by Mahesh Bhatt. During the early part of the 2000s Ajay Devgan appeared in movies like Lajja, and Company. Again he won the National Film Award as the best actor with the release of Bhagat Singh, which was directed by Rajkumar Santoshi. During his career, Ajay Devgan has released many commercially and critically successful movies including Yuva in 2004, Raincoat in 2004, Omkara in 2006, Rajneeti in 2010, and Singham in 2011. His latest movies are Son of Sardar and Bol Bacahn and both of them were released in 2012. As a film director, he debuted with U Me Aur Hum which received a moderate amount of success at the box office. 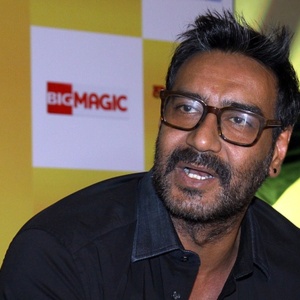