He turned into a fully-fledged film star after featuring in the 2004 action thriller Dhoom, which was a true commercial success. He received critical appreciation for his performance in Yuva (2004), Sarkar (2005), Kabhi Alvida Naa Kehna (2006) and Guru (2007). Then he starred in commercially successful films like Bunty Aur Babli (2005), Kabhi Alvida Naa Kehna (2006), Guru (2007) and Bol Bachchan (2012), as well as the Dhoom series. He again took the role of a producer along with Sunil Manchanda for the 2009 movie Paa, which garnered the National Film Award for Best Feature Film in Hindi. All in all, Bachchan has won three Filmfare Awards for acting, and a National Award as a producer of Paa. Also, he was declared as one of the highest paid Bollywood actors in 2010. In his off-screen life he plays the role of a devoted husband and father. He married to the actress and former Miss World Aishwarya Rai on April 20th 2007 in a private ceremony at the Bachchan residence. The two have been dubbed as "supercouple" in the Indian media. Eventually, their love was blessed with a baby girl who was born on November 16th 2011. 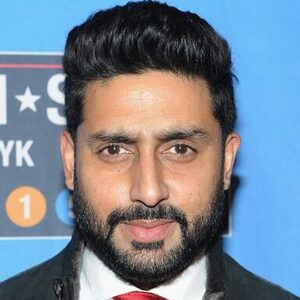