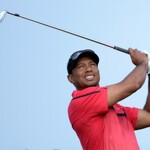 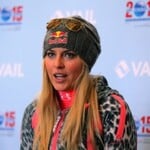 Following a very public divorce battle with now ex-wife Elin Nordegren , golf sensation Tiger Woods began a relationship with professional skier and Olympic medalist Lindsey Vonn in early 2013. Lindsey has had her share of ski-related injuries over her career, the most devastating of which was when her already compromised knee gave out during her preparation runs for the 2014 Olympics in Sochi, Russia. "A part of me is missing when I can't ski," Lindsey is quoted as saying. She battled with depression for years, but credited her relationship with Tiger when she told SELF magazine, "We push each other and help each other when we're down." Tiger Woods, born Eldrick Tont Woods, was heavily recruited by colleges for his golfing prowess—he ultimately chose Stanford University. Tiger participated in his first PGA Tour major, the 1995 Masters Tournament, and tied for 41st place as the only amateur to make the cut. Woods turned pro in August 1996 and signed on to endorse Nike and Titleist. When Lindsey underwent surgery in February 2013, Tiger posted a blog on his official website saying, "I'm going to put my clubs away for a while to spend more time with my kids and support my girlfriend Lindsey Vonn as she tries to prepare for the Sochi Olympics." Try as she might, unfortunately, Lindsey's setbacks kept her from the Olympics in 2014. The couple remained together until 2015, when they broke up due to rumors of an affair between Woods and Amanda Boyd Dufner. 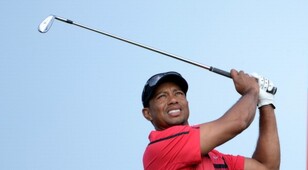 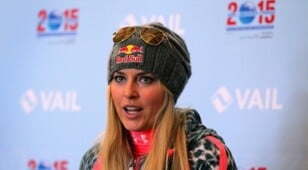 Native Americans in the United States

Indigenous peoples of the Americas