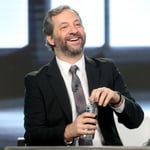 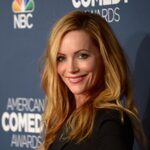 Judd Apatow is an American producer, director, writer and actor who has been married to actress Leslie Mann since 1997. Apatow is perhaps best known for his creation of the hit TV series “Freaks and Geeks” and several successful comedy films. He is an Emmy Award winner for “The Ben Stiller Show” and took home an AFI Award for the blockbuster hit “Bridesmaids”. Other film credits include “Heavyweights”, “Anchorman: The Legend of Ron Burgundy”, “Kicking & Screaming”, “The 40-Year-Old Virgin”, “Knocked Up”, “Superbad”, “Get Him to the Greek” and “The Five-Year Engagement”. Wife Leslie Mann is an actress known for her collaborative roles with her husband. Several of her film credits include appearances in “The Cable Guy”, “George of the Jungle”, “Knocked Up”, “Funny People”, “This is 40” and “The Other Woman”. She and Apatow met during auditions for “The Cable Guy” and married in 1997. They have two children together, Iris and Maude, who have appeared in several movies as Mann’s kids. The couple is heavily involved with several charities, including 826LA, which works to improve writing skills of disadvantaged children, and the UCLA Rape Treatment Center’s Stuart House. They live in Los Angeles. 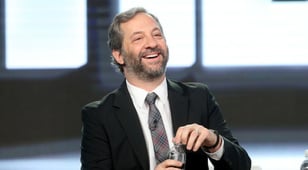 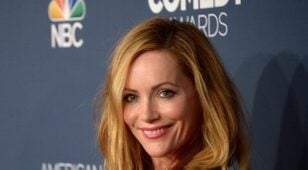