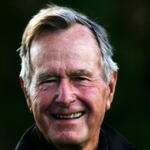 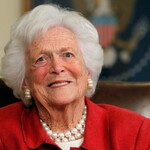 George HW Bush and Barbara Pierce met when Barbara was 16 years old and a student at the Phillips Academy in Andover, Massachusetts. The pair met at a dance over Christmas vacation, and a year and a half later, the two became engaged, just before George went off to World War II as a Navy torpedo bomber pilot. When he returned home after the war, Barbara dropped out of school at Smith College, and two weeks later the pair were married in Rye, New York at the First Presbyterian Church. The couple went on to have six children: George W Bush, Robin Bush, John Ellis "Jeb" Bush, Neil Mallon Bush, Marvin Pierce Bush, and Dorothy "Doro" Bush Koch. George HW Bush became Vice President under President Ronald Reagan from 1981-1989 and was President of the United States from 1989-1993. 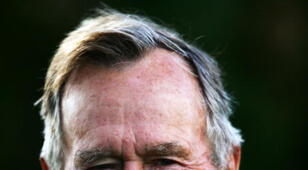 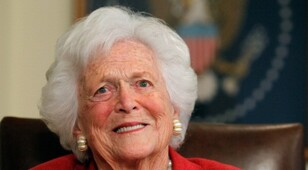