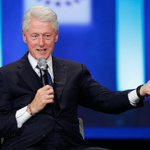 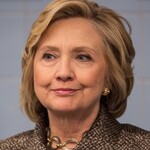 Bill and Hillary Clinton are a U.S. political couple who have been married since 1975. Bill Clinton is the former governor of Arkansas, an attorney general and the 42nd President of the United States. At the time of his inauguration in 1993, he was the third-youngest president to take office. The native Arkansan ran as a Democrat with Al Gore, defeating Republican incumbent George Herbert Walker Bush. He served two terms as president, including one marred by a sex scandal involving White House intern Monica Lewinsky. Wife Hillary Clinton stood by her husband and eventually ran for U.S. Senator in New York, winning office in 2001 as Bill’s presidency ended. Hilary served as senator until 2009, when she was tapped to become the 67th Secretary of State under the Obama administration, a position she would hold until February 2013. She and Bill began dating while attending law school at Yale in 1971. When she was awarded an internship in California, Clinton moved cross country with her for the summer, and the couple would continue to live together back on the East Coast while finishing school. They worked on several political campaigns together before he proposed, though she refused. After failing the bar in D.C. but passing in Arkansas, Hilary decided to move with Bill to the south and began teaching at the University of Arkansas, though she continued to decline his marriage proposals. It wasn’t until the couple bought a house together in Fayetteville in 1975 that she agreed to marry him. They tied the knot in their living room in late 1975. Five years later, she gave birth to their first and only daughter, Chelsea, in 1980. 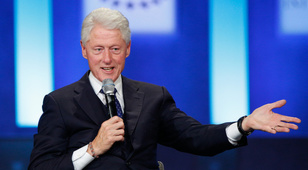 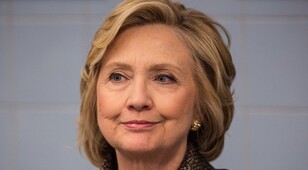 The Man From Hope

the Compromiser in Chief

The Wizard of "Is"