Donald Trump is not happy with the host of CBS' "Face the Nation" Bob Schieffer, who accused Trump of racism. This was after The Donald made a statement that President Obama may not have had the grades to get into Harvard. This comment fueled Schieffer's temper, so he made the following statement: "That's just code for saying he got into law school because he's black. This is an ugly strain of racism that's running through this whole thing"

Richie Sambora has decided to admit himself to rehab again. In 2007 he had a stay at Cirque Lodge in Utah as well as UCLA Medical Center. Sambora just finished probation last week from a DUI he received in Laguna Beach in 2008. It is unknown when and where he will enter rehab.

Kristin Cavallari and Chicago Bears QB Jay Cutler are engaged and the former reality TV actress has the big rock to prove it. The couple were spotted running around LA on Wednesday showing off the awesomely large ring!

Robi Draco Rosa a former member of the Latin boy band Menudo with Ricky Martin has been diagnosed with cancer. Robi has a cancerous tumor in his abdomen, near the liver. He was a band member from 84-87, and he helped Ricky Martin write and produce "Livin' la Vida Loca" and "She Bangs." Rosa is 41 years old and is currently receiving treatment at a clinic in Houston, TX.

Lindsay Lohan may be able to use her acting talent during her community service. Los Angeles' Downtown Women's Center theater workshop called "D.I.V.A.S" wants Lindsay to contribute her talents when she kicks off her 360 hours of community service this week. Lohan loves the idea and thinks she would be a perfect fit for the group.

Warren G says that the statement he made in a new commercial for Affirm XL "male enhancement" pill, was meant to be funny, and it was not true. In the new commercial, Warren G claims "I take MY Affirm XL and now I got to regulate." In his statement to TMZ, "A lot of people have that problem … but I don't have it!" Warren G is also a partner in the company for the male enhancement drug.

AlthoughChris Bosh may have denied he was a married man at an NBA news conference, the official marriage license issued in Miami Beach earlier this month states that the Miami Heat superstar married Adrienne Nicole Williams on April 9… Did he bump his head and forget?! 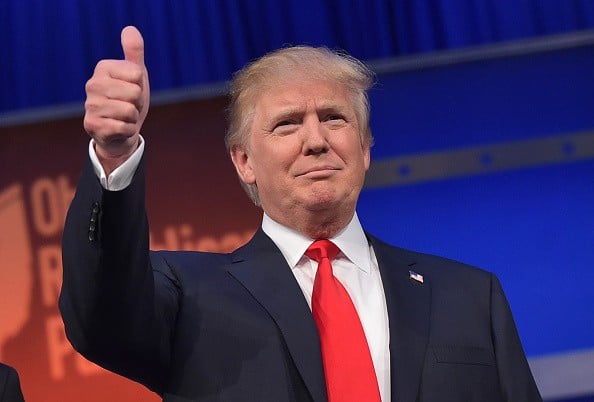 Is Donald Trump a racist? / MANDEL NGAN/AFP/Getty Images
Did we make a mistake?
Submit a correction suggestion and help us fix it!
Submit a Correction