The Richest Human Beings Of All Time – #25: Warren Buffet

If you adjust for inflation, Warren Buffett is the 25th richest human being that ever lived. Think on that a moment: out of all the human beings who have ever lived. All the kings, queens and despots. All the entrepreneurs and tycoons. Add them all up and Warren Buffett is the 25th richest of all time. That's an incredibly impressive accomplishment! Especially for a guy who basically started out in normal financial and life circumstances.

A number of prominent child psychologists have written or spoken about the idea that, by age 12, we are who we are going to be as adults. Unless something truly shattering occurs that causes us to change in some fundamental way, by the time we reach fifth or sixth grade, our personalities have basically solidified. In the case of Warren Buffett, his penchant for making money manifested very early, and by age 12, he was already selling gum, soda, and magazines door-to-door. His entrepreneurial spirit only grew larger over the years. Fast forward to 2015, and he has a net worth of $64 billion. There are many countries on this planet with GDPs that don't even come near that. So how did he amass that kind of money? Read on: there just may be some useful intel that could lead to your first billion… 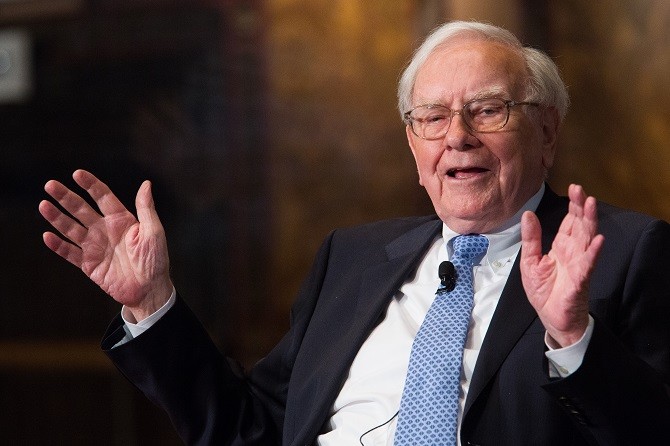 Warren Buffett was born in Omaha, Nebraska in 1930, the middle child between two sisters. As a student, Buffett excelled at math and all things number-related, and began launching successful business ventures before he'd reached middle school. He could remember long columns of numbers and add them quickly in his head. He would often show this ability off as a "parlor trick," but it proved quite useful as he ventured into the business world. He began with selling gum and magazines door-to-door. Then moved on to working as a paperboy and selling horse-racing tip sheets. He also spent time in his father's stock brokerage firm. He purchased his first stocks when he was just 11. He held on to them until they were worth $40 and then sold them, later regretting the sale when the shares rose to $200. It was his first major investment lesson, and he credits his penchant for patience in investing with that early experience.

His father, Howard Buffett, had major political aspirations, and when Warren was 12, his father was elected to the U.S. Congress. The family picked up and moved to Washington, D.C. Buffett went on to graduate from Woodrow Wilson High School in D.C., while his father was busy serving four terms in Congress. He launched multiple businesses throughout high school, detailing cars, selling golf balls, selling stamps, and other items. He was already well-versed in the intricacies of tax law by the time he was in his early teens, confidently declaring deductions on his income tax return even at age 14. Wanting to move beyond labor-based businesses, Buffett and a friend purchased a used pinball machine for $25. They put it in the local barbershop. Over the course of the next few months, demand for more pinball machines grew. He went on to place pinball machines in three more barbershops, before selling the entire venture to a U.S. Veteran for $1200.

After graduating from high school early, Buffett entered the prestigious Wharton School at the University of Pennsylvania at just 16 years of age. He subsequently transferred to the University of Nebraska – Lincoln, and graduated with a Bachelor of Science in Business Administration. From there, he applied to Harvard Business School. He was rejected (even though he had $10,000 in savings from his early business ventures), and instead, went on to earn his Master of Science in Economics in 1951 from Columbia Business School. He then went to work as an investment salesman for his family's company, Buffett-Falk & Co. He also taught a course on "Investment Principles" at the University of Nebraska-Omaha and purchased a gas station. The gas station failed, but his business acumen had caught the attention of Benjamin Graham, a well-respected businessman and investor, and one of Buffet's former professors. Buffett left Buffet-Falk & Co. to work as a securities analyst for the Graham-Newman Corp. While Buffett learned a great deal during his four years of working with Graham, he also realized he was more willing to take investment risks than his boss. When Graham retired and shuttered the business, Buffett took the nearly $174,000 (approx. $1.47 million today) he had saved while working for Graham-Newman, and started Buffett Partnership Ltd. Over the course of the next three years, he grew his business from three partnerships to six. That number almost doubled over the course of the next two years, and by 1962, he was a bonafide millionaire. His partnerships had earned over $7 million (approx. $54.5 million today), and over $1 million (approx. $7.7 million today) of that money was his. 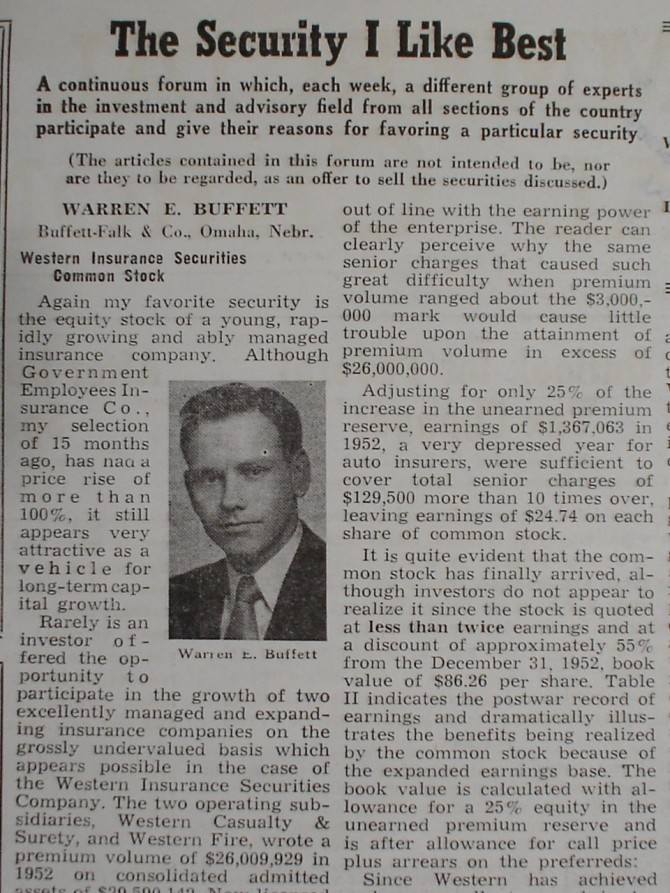 After investing in, and eventually taking over textile manufacturer, Berkshire Hathaway, Buffett began an aggressive series of investments, takeovers, and restructuring moves that saw his assets increase exponentially. He also solidified his reputation as an investor to watch and follow. It seemed that everything he touched turned to gold. He had a knack for purchasing stock in wildly undervalued companies and riding the increase in their fortunes to ever larger profits. In 1979, his company began trading at $775 and ended the year with shares worth $1310. By the early 80s, he was worth $620 million and had earned the nickname, the "Oracle of Omaha." He purchased stock in a wide range of businesses, including the Washington Post Company, Capital Cities, Salomon Brothers, and most successfully the Coca-Cola Company. By 1990, he was a billionaire, with shares of his company, Berkshire Hathaway, worth $7,175 each. By 2002, he was so wealthy that he entered $11 billion of forward contracts to deliver U.S. dollars against other currencies. He gained nearly $2 billion for those contracts within just four years. He also purchased HJ Heinz in 2013. By 2014, Berkshire Hathaway shares were worth $200,000 each. 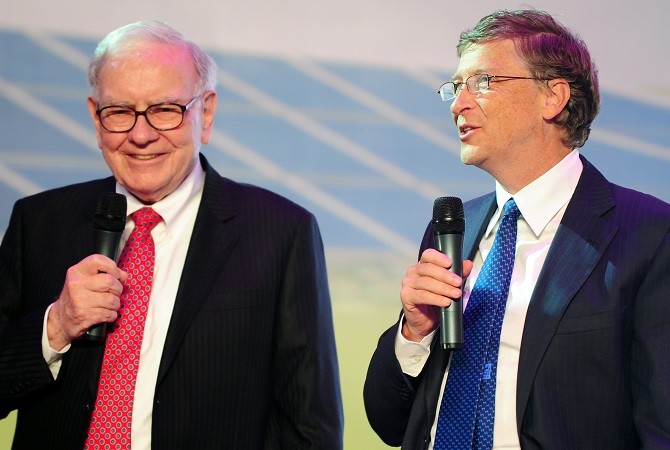 While Buffet has been incredibly successful, he's also been a bit of a study in contradiction. He still lives in the five-bedroom home he purchased in Omaha back in the late 50s. He paid $31,500 for it then. He has enjoyed more hits than misses, but he's still taken his share of lumps, including a dark period when Berkshire Hathaway saw their earnings drop 77% in 2008. Unlike the majority of the majorly wealthy in America, he has been quite vocal in his criticism of US banks, and the banking system in general, for years, likening the Federal Reserve to a hedge fund and calling for wealth equality. In 2006, he took the rather unprecedented step of pledging to give away 99% of his fortune to various charitable causes. 85% of that money was pledged to the Bill and Melinda Gates Foundation. It's the single largest philanthropic donation in U.S. history.

His annual salary as CEO of Berkshire Hathaway has hovered around $175,000 since the mid-2000s. It is an incredibly small sum for the man heading up one of the most successful companies in the world. He reportedly uses an old flip phone and drives his own car or takes public transportation. He has made two concessions to his wealth over the years, purchasing a $4 million vacation home in Laguna Beach, California, and buying a $6.7 million private jet in 1989. Other than that, the now 84-year old, plays a lot of bridge, roots for his alma mater's football team, and makes consistently solid business decisions, rather than jet-setting all over. He is, for all intents and purposes, a regular guy who just happens to be very, very good at making money. Buffett says one key to success is to write out the 25 things you most want to accomplish, choose the Top 5, and then focus on accomplishing just those 5 things. Sort of makes you wonder what his list looked like. Maybe it was something like:

4. Make more money than just about everyone.

Kudos to Mr. Buffet for making it happen. Here's hoping we can all be billionaires someday!