What's The Most Cost-Efficient Team In Major League Baseball?

There is a ridiculous amount of money spent in professional sports. The average cost for a family of four to go to a baseball game is estimated at $212.46 and includes four average-price tickets, two small draft beers, four small soft drinks, four hot dogs, parking, two programs and two adult-size caps. If you just want the tickets the average cost of one ranges from $16 for the San Diego Padres up to $52.34 for the Boston Red Sox.

With it costing so much for fans to take in a game, teams have to be aware of what kind of product they are delivering. It needs to be one that fans want to shell out that kind of cash for. So in order to do so they have to spend money to bring in the talent.

However, while some will spend money like they drink water on a hot day others are much more cost conscious. They want to get the most bang for their buck. They want to be cost-efficient.

What does that mean? Well – it involves an analysis of roster spending as it relates to team performance. Any idea who the most efficient teams are in the NBA, NFL, and MLB.

In the NBA it is easy to figure out without even looking at the numbers – it's the San Antonio Spurs. With 26 trips to the post season in the last 27 seasons, five championship titles, and 16 consecutive seasons with 50 or more wins, they have certainly given NBA fans the most bang for their buck. 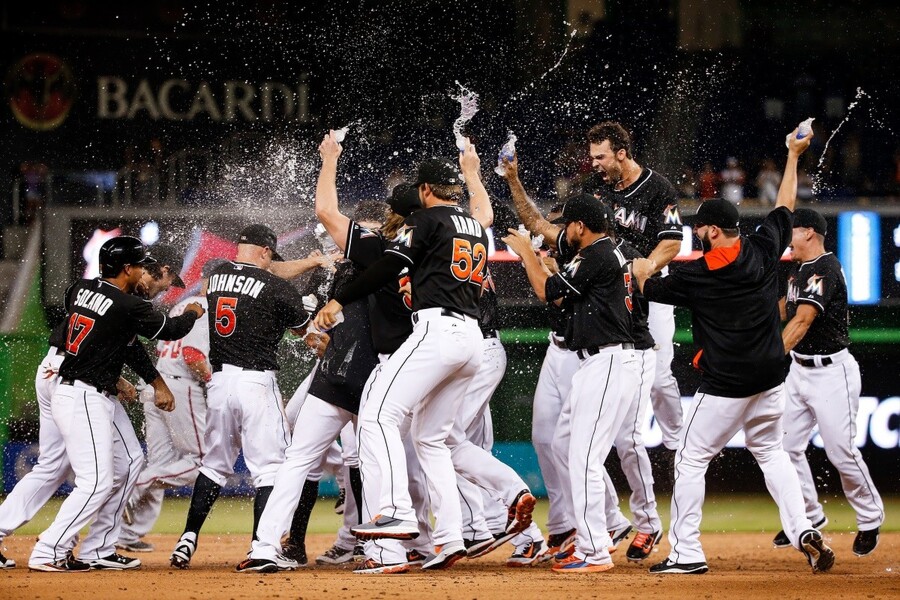 For years, the Marlins have been one of the cheapest teams in baseball. Even in 2003 when they won the World Series, their payroll ($49,050,000) was among the six smallest in the game. This season, even with Giancarlo Stanton's $325 million contract on the books, they are still the cheapest team in baseball with $71,150,327.

How in the world can this be? Well, some really smart guys with really big calculators took the number of wins since 2000 (adjusted for titles) and divided it by their payroll in that time frame. An average score is a 1, with the higher the score the better.

So basically, as far as the Marlins go, since they don't spend much and they don't win much they come out looking cost-efficient.

Actually, when it comes to efficient spending, baseball teams are among the best. Three made the top five (Tampa Bay Rays (No. 4), Oakland Athletics (No. 5), and the Marlins (No. 3)) and four made the top 10 (Pittsburgh Pirates came in at No. 8). The Patriots came in at No. 1 and the Spurs No. 2.