Despite Being Worth $130 Million, Tim Duncan Still Shops At Old Navy

Recently, Tim Duncan retired from the game of basketball. There were no stage shows, no jumbo-tron tributes or fireworks, no Kobe-style season-long victory laps – just a quiet announcement from one of the greatest and most modest players the NBA has ever seen.

In 19 seasons with the San Antonio Spurs, Tim Duncan won the NBA Championship five times, had a .710 winning percentage (the best in a 19 year span in NBA history), won the Rookie of the Year award in 1998, won two league MVP awards, and won three Finals MVP awards.

He also amassed over $230 million in salary alone during that time. 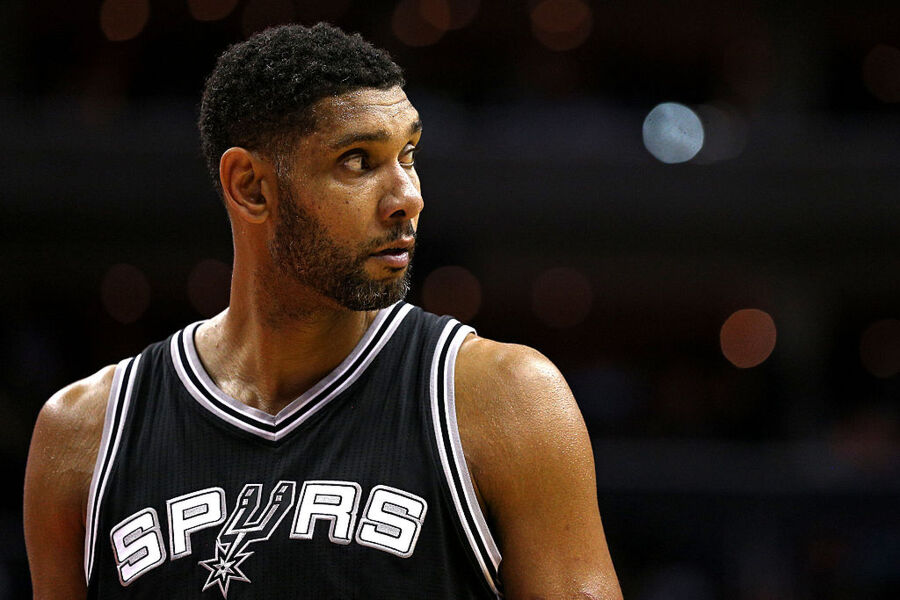 Nevertheless, the laid-back, down-to-earth, ultra-fundamental superstar shops for clothes exactly where you would expect him to:

Because heck, you can't beat a $5 shirt, right?

The following photo has been circulating around Twitter lately, and is seen here in a post by @quixem. He gives photo credit to @gabbytropea, who gives it to @erinquig, who says she took the photo about a year ago.

All that aside, it's only fitting (no pun intended) that TD would fill his wardrobe with bargain attire. In fact, his habits seem to have transferred to the up-and-coming Spurs superstar Kawhi Leonard, who reportedly drives a 1997 Chevy Tahoe and collects coupons for free wings.

So next time you're in a San Antonio Old Navy, watch out for really tall people. Who knows, it might just be an NBA legend.