Some Olympians are high school or collegiate athletes competing only for individual and/or national pride. They might never see a podium or make a living at their sport, but they love what they do. And then some are filthy rich. Here are 15 current and former Olympic athletes who are estimated to be worth at least $100 million:

Everyone wants to be like Mike—especially when they see what's in his bank account. His Airness played for the USA basketball team in 1984 and 1992. In '84, he averaged 17.1 PPG in route to winning a gold medal against Spain. In '92, he was a prominent member of "The Dream Team" which also won gold, this time against Croatia.

So begins the establishment of a theme: basketball. Magic Johnson—the other MJ—joined Michael Jordan and company to form the 1992 Dream Team in Barcelona.

Federer is the image of perfection on the tennis court. He's a four-time Olympic athlete, competing in the games in 2000, 2004, 2008, and 2012. In '08, he and partner Stan Wawrinka won gold in the doubles tournament. At the following games in London 2012, he won silver after losing to Andy Murray in the finals.

Bryant just ended his iconic basketball career this past season, but he's definitely not done making bank. He competed for the USA gold-medal-winning basketball teams in Beijing 2008 and London 2012. 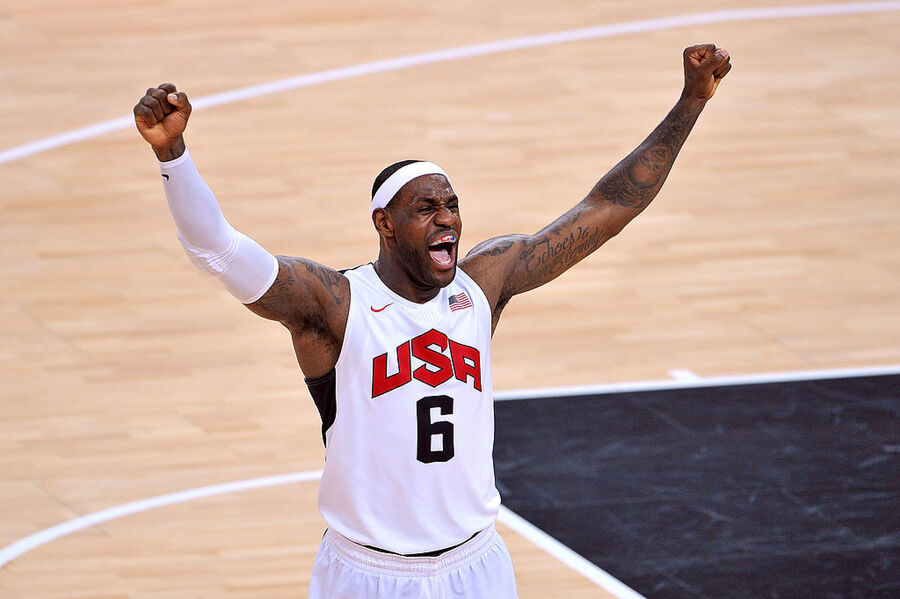 James is the king of the NBA right now, coming fresh off an NBA Finals victory with the Cleveland Cavaliers. He was there with Bryant in Beijing and London to win gold, but he was also in Athens in 2004 when the US team was stunned and only finished with bronze.

Cristiano was a member of Portugal's 2004 Olympics squad and even scored a goal before his team was eliminated after the first round.

Lionel earned a gold medal with the Argentine national team at the 2008 Olympics.

Garnett won gold at the 2000 games in Sydney.

And so begins another theme: tennis. Williams is the richest female athlete on the list. She represented the USA in 2000, 2008, 2012 and 2016. She won doubles gold in Sydney and Beijing, and she won both doubles and singles gold in London. This year in Rio she was ousted early on. She was unable to compete in 2004 due to injury.

The Serbian tennis sensation has represented his country in Beijing and Rio. He took home the bronze medal in singles in 2008, and had a poor showing this year in Rio.

This scrappy Spaniard is one of the most exciting players of all time to watch. He's famous for his ability to dominate the clay court. Nadal has represented Spain in Beijing and Rio. He has won two gold medals for Spain, one for singles in Beijing and one for doubles in Rio. He also brought home a bronze this year in the singles competition in Brazil.

Sharapova brought home a silver medal for Russia in singles in 2012. That's the only time she's been to the Olympics to date. This year, she missed the Rio games due to a ban from the sport for use of illegal substances.

Durant joined Bryant and James for a gold medal win in 2012 for the US men's basketball team. Now he's looking to repeat with a new cast of stars in Rio.

Jenner took tenth place in the event in Munich in 1972, then went on to win gold in Montreal in 1976.