WWE Profits On The Rise, Even Though Number Of TV Viewers Declining

At one time, it was vital to the success of the WWE that the flagship show, WWE Raw, do well in the ratings. During that time, the company's executives would probably have flipped out over the show dropping from 3.17 million viewers to 3.054, from one week to the next. Luckily, that is not the case anymore.

While company chairman and CEO Vince McMahon would likely prefer the show be doing much better than it is, the success of Raw is not nearly as vital to the bottom line as it once was. In fact, even though ratings have been consistently low, the company still generated $658.8 million in revenue over the last year, an increase of 21 percent over the previous year and a new company record. International revenue increased by a whopping 46 percent to $170 million for the year. 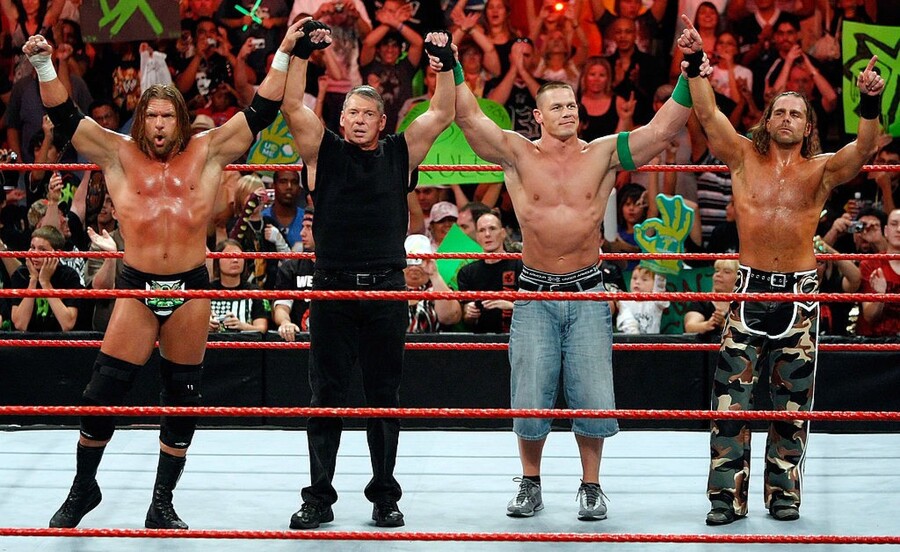 So how could the company be being doing so well if people are not watching nearly as much as they used to? Easy – they may not be watching television as much as they once did, but they are getting their fill of high-flying action in other ways.

The WWE Network may not be getting as popular as the company hoped it would be, but it has been holding strong at 1.24 million subscribers (at $9.99/month). It is an increase of 49 percent since 2014, and makes it the fifth largest direct to consumer service next to Netflix, Amazon Video, Hulu and MLB.TV.

With an additional 330+ hours of original programming added to the digital library, subscribers have the ability to watch over 4,300 hours of on-demand entertainment, right at their fingertips. Last year, subscribers viewed 256 million hours of content at an average of 188 hours per household, but fans are finding other ways to get their fill of the WWE, as well.

The WWE has a healthy presence on social media. Last year, 790 million social engagements were generated by the WWE, making it the sixth most social brand in the world, alongside Disney, Time Warner, and Google. It ranked higher than the NBA, Nike, and NFL.

On YouTube, the WWE has beaten out the NFL, NBA, MLB, NHL, ESPN, and NASCAR to take the title of No. 1 sports channel with over 8 billion views.

One way or another, fans of the WWE are finding ways to get their fill of electrifying sports entertainment, and the company is cashing in. In spite of record low television ratings, television revenue increased by 31 percent in 2015 (to $231 million). Pay-per-view revenue has doubled and the WWE now reaches more than 180 countries across the world.

So if the declining television numbers have you concerned your favorite wrestling program may get cancelled, don't worry. It isn't going anywhere.