WWE Chairman And CEO, Vince McMahon, Is Back In The Billionaire's Club – For Now

Vince McMahon, the Chairman and CEO of the WWE, must be walking around with a huge smile plastered on his face. The 32nd installment of WrestleMania ended up being the most successful to date, with over 100,000 tickets sold, generating more than $17 million in revenue. The company also set a new a record, having reported $4.55 million in merchandise sales. So, in spite of all the grumbling over the card leading up to the event, it was a resounding success.

If that wasn't enough to make him smile, the value of his stock should. It has been on the rise over the last few weeks, and is up 18 percent since mid-February. After the closing bell on Friday before WrestleMania, his shares (which equal 52 percent of the company) were worth $687,000,000.

After some early growing pains, it is looking like the WWE Network is doing well. In a press release following WrestleMania, the company announced that the network now has 1.82 million subscribers.

All the aforementioned are things that should make the 70-year-old head of World Wrestling Entertainment smile. However, what they resulted in, is what is probably making him a very happy man these days. 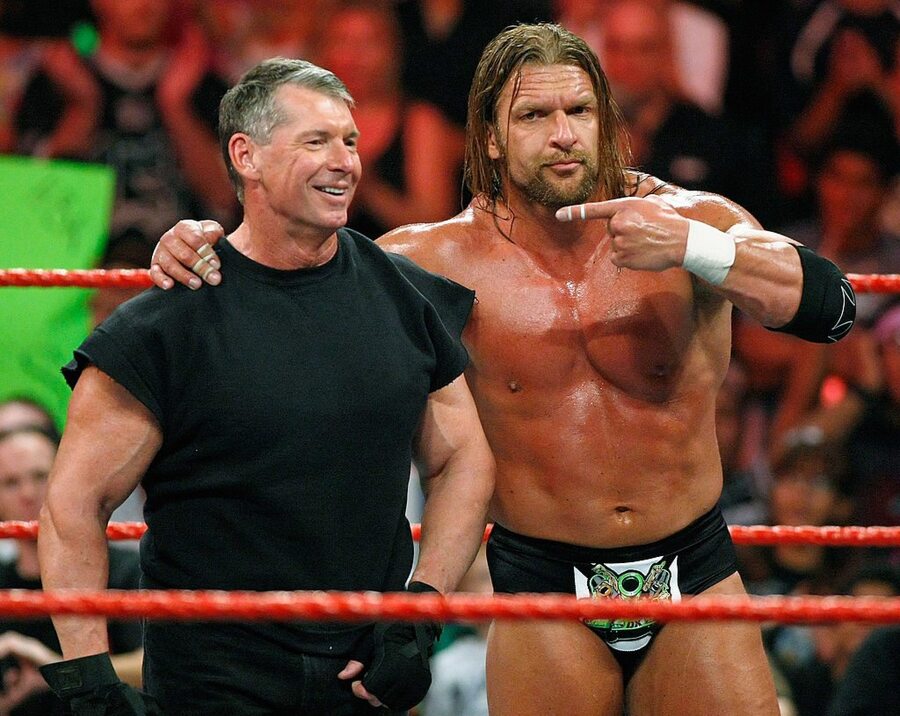 He's back in the billionaire's club.

Thanks to the rise in the WWE's stock over the last few weeks, McMahon has added over $100 million to his personal wealth, raising his net worth to $1.1 billion. It was under $1 billion, a little over a month ago when Forbes came out with its annual list of the world's billionaires.

McMahon's wealth has had almost as many ups and downs as the average wrestler's career. In 2001 he claimed to have a personal net worth of over $1.1 billion, but sometime between 2002 and 2013 he is believed to have fallen from the billionaire ranks.

When the WWE Network was launched in 2014, his wealth shot up to $1.2 billion and got as high as $1.6 billion. However, investors were disappointed the network had only 667,000 subscribers after the first few months and in April, the stock's value dropped by 29 percent.

Investors became disappointed again in May, when the deal with NBCUniversal was announced. The stock's value took another major hit, dropping 40 percent in a single day. McMahon ended up losing $350 million and saw his net worth drop to $750 million.

It took quite a bit of time for his wealth to recover, but it appears to have finally done so. The question now is whether his wealth will remain above $1 billion or if he'll fall back below the line. That could depend on whether the WrestleMania Curse strikes again.

After the last two WrestleMania events, even though they set new attendance and revenue records, the company's stock took a dip. In spite of new records being set once again this year, the stock's price took a small dip by the closing bell on Monday (the first day of trading following WrestleMania 32).

Will the trend continue and see McMahon fall out of the billionaire's club again? Only time will tell.