The Worst Trades In NBA History

The Boston Celtics have the first pick in this year's NBA Draft. Casual fans might be a little confused, as the Celtics noticeably had the number one seed in the East and made it to the Eastern Conference Finals. Aren't high picks supposed to go to the bad teams?

Well, in theory, they are, but occasionally struggling teams make trades that ultimately hurt their franchise, sometimes for years to come. These trades may look good on paper, but we have the benefit of hindsight, so we're able to criticize to our heart's content. It's why we're starting with that Celtics deal on our list of worst trades in NBA history. Note: we're not including any draft-night deals on this list – the Bucks and Hornets have suffered enough for trading away of Kobe Bryant and Dirk Nowitzki. We don't need to rub it in anymore. 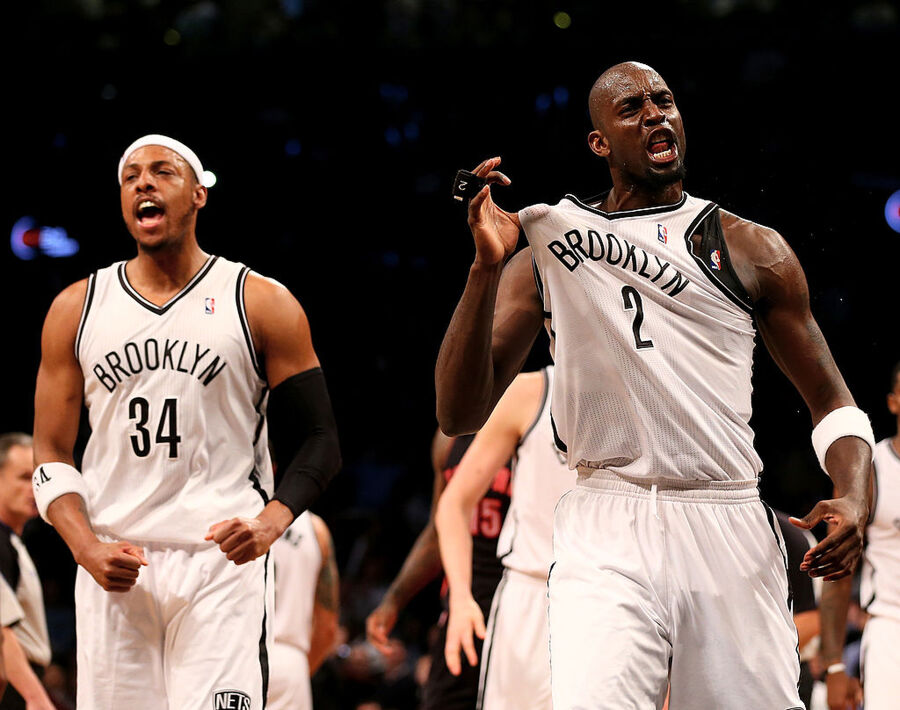 Perhaps ten years ago, this deal would have made sense. After all, Garnett and Pierce are future Hall of Famers, while Jason Terry had been a solid contributor his whole career, usually as a sixth man. Unfortunately, this trade was made at the tail end of all of their careers. Garnett was 37 years old and coming off a season where he averaged 14.8 points and 7.8 rebounds. Solid, sure, but hardly on par with his numbers during his prime. Pierce, meanwhile, was 36 and no longer an elite player, and Terry wasn't living up to his "Jet" nickname very much.

It's hard to argue the Celtics got a ton of great players in return, but the real key here was the draft picks. If the Nets stunk, Boston would make out like bandits. The Celtics had the No. 17 pick in the 2014 draft, selecting James Young. That was as good as it got for the Nets. With Pierce, Garnett, and Terry on the roster, the Nets won exactly one playoff series, and they were all traded away within a couple of seasons.

Brooklyn was awful last year, giving the Celtics the No. 3 pick in the draft, which they spent on Cal's Jaylen Brown. This year, the Nets were even worse, and Boston is reaping the rewards with the top pick in a loaded draft. Even better, Boston gets Brooklyn's pick next year, too. Meanwhile, the Nets will swap picks with Boston in this year's draft, which comes out to 27th. They have the 22nd pick from Washington, as well, but it's harder to find a franchise-changing player that late in the first round.

You may recognize Wallace as arguably the best player the Celtics got in the trade above. You'll also notice in this trade that the Nets acquired him only one year earlier. Despite already being out of playoff contention, the Nets sent a pair of players and a pick to the Trailblazers. The Nets played well enough down the stretch that their pick fell outside the Top 3, so it went to the Blazers. Portland promptly selected its current face of the franchise: Damian Lillard. Meanwhile, Wallace had a fairly productive 16 games the season he was traded, but struggled mightily the following year, leading to him being a part of the trade to Boston. Seems like it doesn't matter if the team is in New Jersey or Brooklyn – the Nets will still make bad trades. 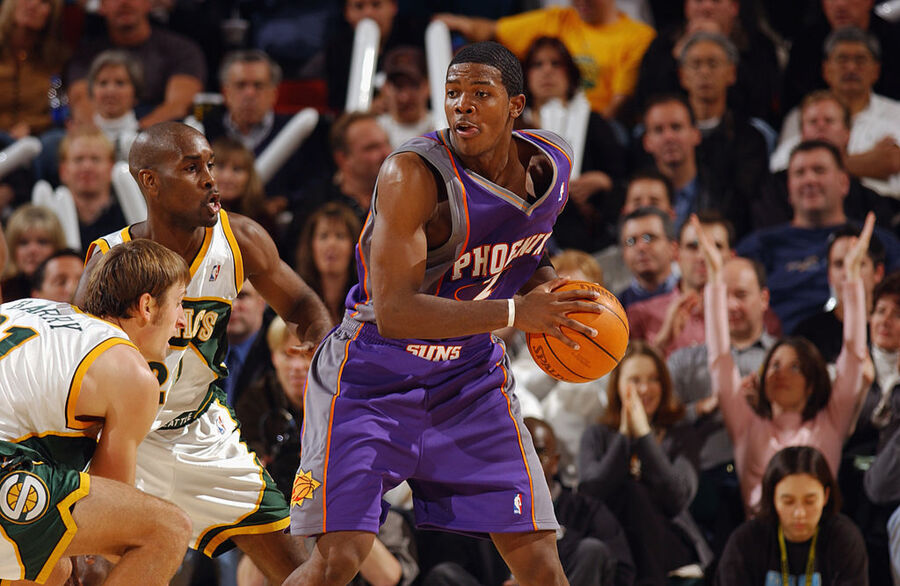 The Celtics aren't immune to bad trades of their own, of course. In an incredibly weak Eastern Conference, the Celtics took a chance by trading their rookie Johnson for some veteran assistance. It didn't exactly pan out; while the Celtics did make the Eastern Conference Finals, Delk and Rogers played a combined 116 games for them. Johnson, meanwhile, has made seven All-Star appearances and is a constant presence in the postseason. In fact, you could reasonably argue that the Suns could have made the Finals in 2005 if Johnson hadn't broken his eye socket – he himself has gone on record as making that claim, too.

The Clippers made this trade simply to get rid of Baron Davis's contract and clear some cap space. Throwing in a No. 1 pick to acquire a player who was an All-Star just two seasons earlier seemed like an afterthought to them. However, the Clippers weren't very good when they made this trade. Even with then-Rookie of the Year Blake Griffin, the team finished 13th in the Western Conference, the fourth year in a row that they finished 12th or worse.

Despite another poor season, the Clippers pick only had a 2.8 percent chance of being No. 1 overall. The ping pong balls bounced that way, though, and the Cavs benefited greatly. They used that pick to select Kyrie Irving and took Tristan Thompson three picks later at No. 4. Considering both guys are still on the Cavs now, it's likely LeBron James never returns to Cleveland if the Clippers don't make this trade. Meanwhile, Moon averaged 3.5 points and 2.5 rebounds in 19 games in Los Angeles, and Williams played just 74 games before bouncing around a few other teams. Ultimately, he landed back in Cleveland, winning his first NBA championship last year.

To be fair, Abdul-Jabbar sort of forced the Bucks hand with this trade. A year earlier, he had said the Midwest didn't fit his cultural needs and requested a trade to either New York or Los Angeles. It's tough to give up a guy averaging 30 points and 16 rebounds, but the Bucks got a decent haul out of it – Bridgeman had a productive 12-year career, playing more games than any other Buck in history; and Winters played in the All-Star game twice. Still, Milwaukee hasn't won an NBA championship since dealing Abdul-Jabbar away.

In L.A., Abdul-Jabbar continued his legendary Hall of Fame career, winning five titles with the Lakers en route to all sorts of records, including most all-time wins and most career points. He also added 13 more All-Star appearances and three more MVP awards while playing large parts in those Lakers title runs. 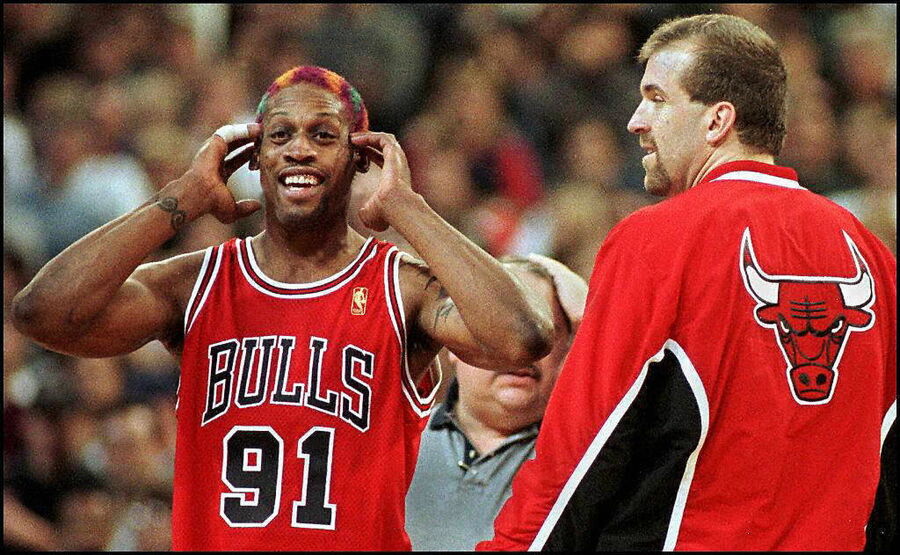 When the Bulls traded for Rodman, it was viewed as a bit of a gamble. The volatile Rodman had an eccentric personality – while in Chicago he headbutted an official, kicked a cameraman and paraded around in a wedding dress to promote his autobiography – but he was also a key piece to the Bulls second three-peat. Rodman spent just three seasons in Chicago and led the league in rebounding each year. He also was a solid defender, making the All-Defensive First Team in 1996. Paired with Michael Jordan and Scottie Pippen, Rodman helped bolster a roster that very rarely lost.

Don't feel too bad for Perdue, though. He had already won three championships with the Bulls when he was dealt to San Antonio. Backing up David Robinson and Tim Duncan, he posted a modest 5.6 points and 6.9 rebounds per game. He even won his fourth NBA championship ring when the Spurs won in the lockout-shortened 1999 season and returned to Chicago the following year. Of course, the Bulls were dreadful by then, but still, it's nice to come full circle.

Before Russell Westbrook did it this year, Robertson was the only player in the league to average a triple-double for an entire season. In fact, though he only achieved it once for a full season, Robertson averaged a triple-double during his first five years with the Royals. He was 31 by the time this trade was made, though he still had some good seasons left in the tank.

He averaged 16.3 points and 7.5 rebounds in four seasons with the Bucks. Obviously, that's well short of his usual triple-double numbers from earlier in his career, but along with Abdul-Jabbar, Robertson led Milwaukee to the franchise's only title. In Cincinnati, Paulk and Robinson each had solid but unspectacular seasons, and both were on another team by the time the 1972-73 season rolled around.