Cubs fans across the world rejoiced when the former loveable losers broke the 108-year World Series win drought by capturing baseball's biggest prize in the 10th inning of the 7th game of the series against the Cleveland Indians. Now, one player has decided his talents are worth some pretty insane money.

Aroldis Chapman is now a free agent. He is one of the most dominant relief pitchers in the MLB – and he knows it and is looking to cash in on his status after winning the World Series with the Chicago Cubs.

Of course, Chapman is looking for BIG money in his new contract. BIG MONEY. How much money? $100 million. That's an insane amount of money even for a World Series winner, even for someone who throws 100 mph fastballs on a regular basis. 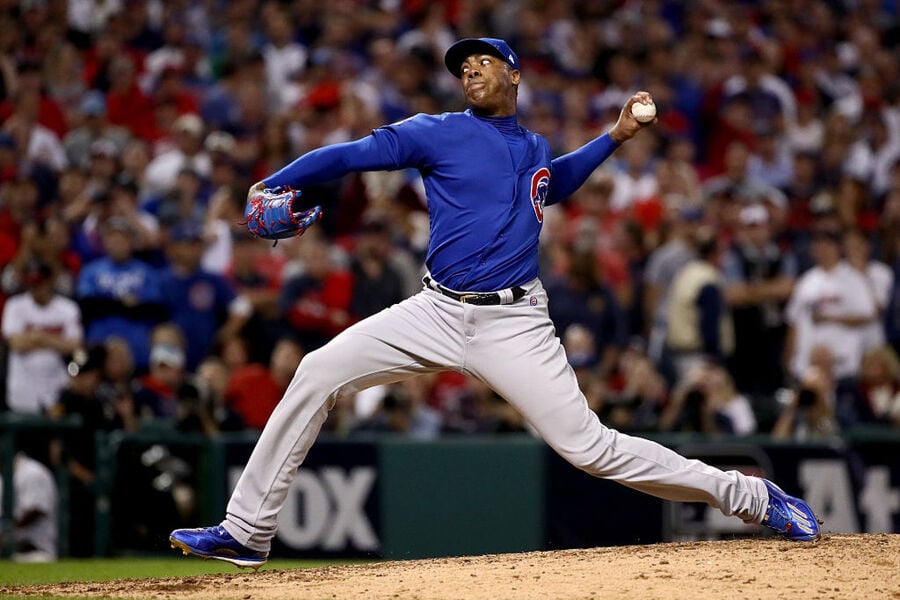 If Chapman gets the $100 million deal he's after, and it is a four-year deal, that breaks down to $25 million a year. That's a lot of money, but is pretty much the going rate for elite free agents.

The thing is, that Aroldis Chapman is a closer. He doesn't play nine innings. He doesn't even play four innings. He is brought in for one inning at the end of the game to clinch the win. Chapman pitches roughly 65 innings in a year. Let's break down that $25 million a year salary.

As stunning as those stats are, they pale in consideration to what he would make per pitch under a four-year, $100 million contract.

Think about what you could do with that kind of money!

Chapman may be looking for $100 million, but whether or not he will get it is another story. He blew three saves in the playoffs this year, so he is not considered a relief pitcher who guarantees victory. Complicating Chapman's chances at a $100 million contract is his history of domestic violence. Last year he allegedly choked his girlfriend.

The Chicago Cubs are not looking to retain Chapman for the 2017 season. Realistically, the only way for Chapman to get the money he is seeking is if the New York Yankees and Los Angeles Dodgers get into a bidding war. It has happened before. Will Chapman get lucky heading into the 2017 season?