One of these days, Disney will make a movie about the 2015-16 Leicester City Foxes. Their ascension from serious underdog to league champion is the kind of uplifting, underdog story that screams "make me into a movie!"

They finally made it back to the Premier League last season after a decade-long absence, but nearly got sent right back down. They had to win seven of their last nine to avoid relegation and managed to get the job done. With that in mind, when the 2015-16 season began, few (if any) believed Leicester City had a shot at winning the title. The odds they would be able to do so were an incredible 5,000 to 1.

To help non-soccer fans appreciate the perceived impossibility of the task, the chance that the Cleveland Browns and San Francisco 49ers play in the next Super Bowl are better (2,746 to 1).

The player contracts didn't even provide for a bonus pool, in case the team would win the title. Instead, the goal for their pool was set a lot lower. Finish 12th or better and they'd get to split $9.5 million. After finishing 14th last season and losing (19) more games than they won (11), shooting for 12th place was a much more reasonable goal. 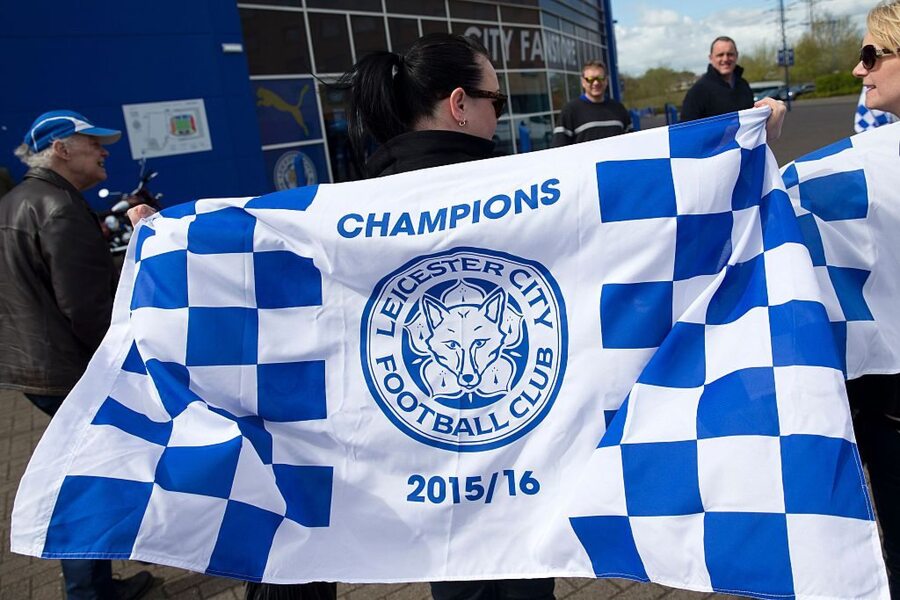 So you can't fault the masses for not believing in them – but the masses will not make that mistake again, now that the Leicester City Foxes are the 2015-16 Premier League champions.

Sportsbooks will be careful not to overlook the Foxes or any other team again. England's top three sportsbooks ended up losing $11.4 million. At least one of them (Ladbrokes) has said they will never give a team 5,000 to 1 odds ever again.

Retailers will be careful not to overlook the possibility of a team's potential success, either. As the season went on, fans had a harder and harder time finding Leicester gear for sale. Many retail shops say they have not had any team kits since Christmas and T-shirts sell out almost as soon as they get them.

"We haven't had an adult kit to sell since before Christmas," one store owner told ESPN. "We get some simple Leicester City T-shirts in, and they are gone right away. Today, we had maybe 1,000 people come into the store and half of them walk out because there's nothing to buy."

While retailers may not have been prepared to take advantage of Leicester City's success, the team will be ready to enjoy the financial windfall that comes with being Premier League champions. Their share of the league's revenue will be around $133 million, including a $30 million "merit payment." Last year their share was about $100 million. For qualifying for the Champions League, they will make another $52 million in participation and performance bonuses, along with an additional $14.5-21.8 million in match day and commercial revenue.

Should their dominance continue into next season, the windfall will be even greater. Thanks to the new television contract, next year's winner will receive a $213 million share of the league's revenue.

The real boost going forward will come from an increase in sponsorship dollars. With their presence on television increasing and their sudden popularity on social media channels, their value to sponsors has skyrocketed. For example, estimates for the naming rights of their jerseys have increased by 500 percent.

It is always good to be on top, but it is even better when it means you make a lot more money.