How Willis McGahee Made Millions By Betting On Himself

Heading into the 2003 Fiesta Bowl, Willis McGahee was one of the top players in college football. He had 2,108 all-purpose yards and 27 touchdowns during his redshirt sophomore year, helping lead the Miami Hurricanes to an undefeated season and a shot at a championship.

But in one fell swoop, everything seemed to come crashing down. McGahee caught a screen pass from quarterback Ken Dorsey at the beginning of the fourth quarter and was immediately tackled. The tackle bent his left knee backward, tearing his ACL, MCL, and PCL.

McGahee's injury was so gruesome that it required multiple surgeries and extensive rehabilitation. However, he was determined to play again.

In fact, he was confident enough to forego an insurance policy he had taken out before the Fiesta Bowl. That policy would have paid him $2.5 million to never play again. 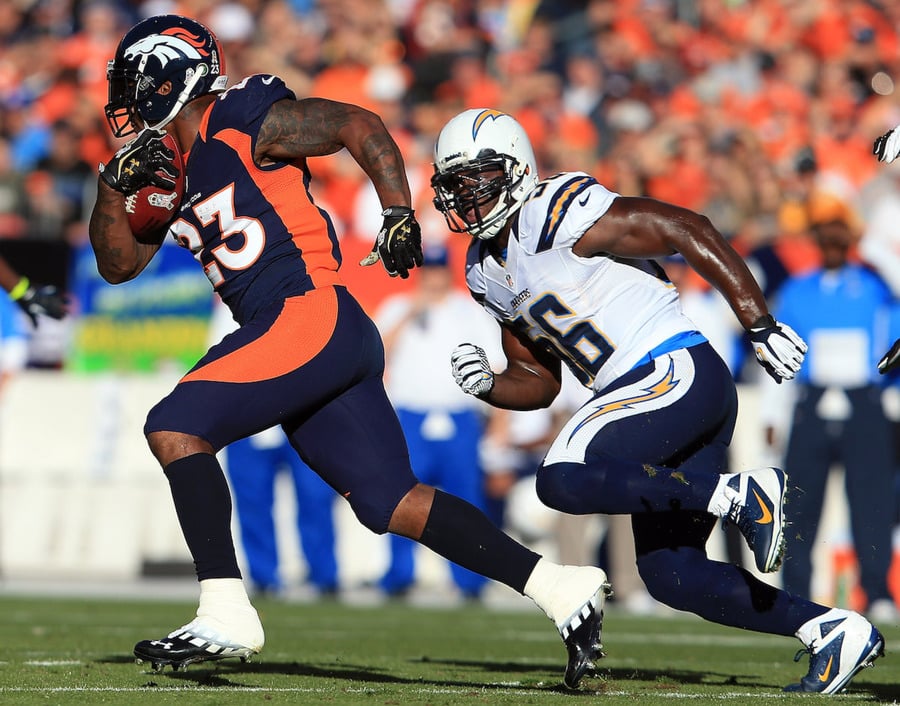 Instead, McGahee entered the NFL Draft. Considered an easy top-five pick prior to his injury, he fell several spots in the draft. The Buffalo Bills selected him with the 23rd pick of the first round.

Though he sat out the entire 2003 season while he recovered, McGahee eventually got the last laugh. He had two consecutive 1,000-yard rushing seasons and finished just shy of 10,000 all-purpose yards for his career, totaling 9,813 yards and 70 touchdowns in 11 seasons with the Buffalo Bills, Baltimore Ravens, Denver Broncos, and Cleveland Browns.

Those 11 years in the league paid McGahee more than $35 million. That's a 1300 percent increase in earnings by betting on himself.

McGahee could have simply given up when things got tough. Instead, he bet on himself and worked even harder to succeed. It paid off in spades.