Will Chris Johnson's Career Rise From The Ashes In Arizona?

It was beginning to appear as if former New York Jets and Tennessee Titans running back Chris Johnson was done. After exploding onto the NFL scene during his sophomore season with 2,006 yards it seemed as if he was destined for greatness. Instead, five years later he was still looking for work as teams began reporting for training camp.

At the age of 29, could Chris Johnson really be done? The Arizona Cardinals are hoping that is far from the case. The Cardinals front office recently signed Johnson to a one-year deal worth $870,000 (league minimum for a seven-year veteran). Should he make the Pro Bowl and gain 1,300 yards he could make up to $2 million. 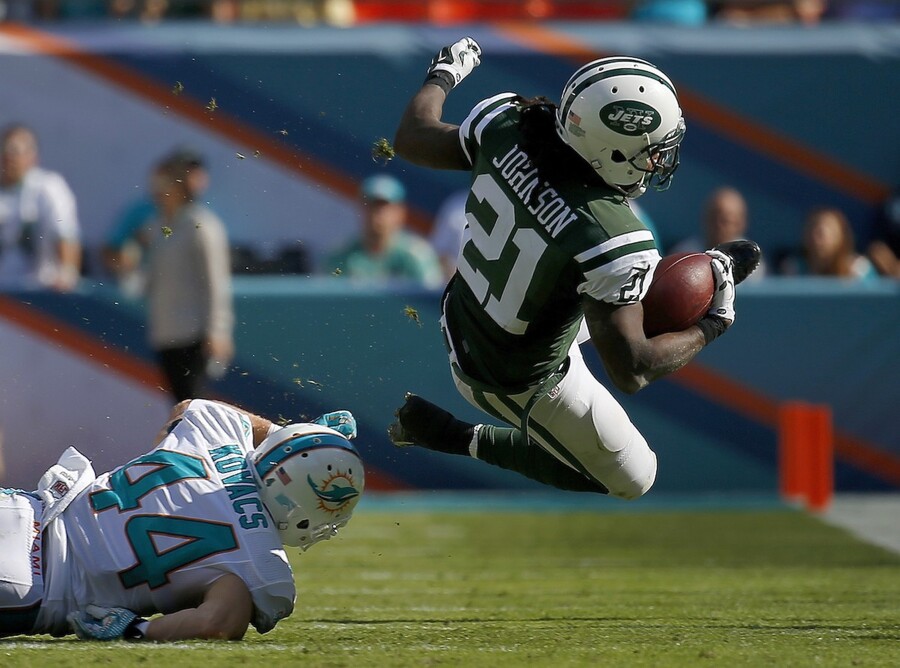 It's a far cry from what he made during his time with the team that drafted him, the Tennessee Titans, and the New York Jets. As a rookie, he signed a five-year, $12 million deal. After gaining 1,228 yards as a rookie sharing time with LenDale White in the Titans backfield, 2,0006 yards his sophomore season, and 1,364 yards his third year the team thought he was worth signing to a pretty hefty extension, four-years, $53.975 million.

He appeared to be destined for greatness. After joining the exclusive 2000+ yard club his sophomore season it sure seemed like it, but then the worst thing that could happen to a young running back happened. His ego got in the way of his success. When the Titans fell on hard times and his production started to decline, Johnson didn't hesitate to throw anyone and everyone under the bus.

In time, his poor attitude, declining production, and salary led to him being cut by the Titans following the 2013 season. The New York Jets didn't waste any time picking him up, and giving him a two-year deal worth $8 million, but then he underperformed yet again and was cut following the end of the 2014 season.

So – should the Cardinals have any reason to think they are going to get the better version of Chris Johnson? After getting shot it appears that Johnson may have a new outlook on life.

"It was a life-changing experience," Johnson said of being shot. "It showed you how to enjoy life and how to enjoy every day waking up. Because just as easily as it was one of my best friends that was sitting right next to me — the one that got killed — it easily could have been me. So these days, I'm just enjoying life and making sure I enjoy each day."

Arizona Cardinals head coach Bruce Arians has been unhappy with the health of Andre Ellington and David Johnson so far during camp, but Johnson is still going to have to earn his spot. Even though he struggled in New York (4.3 yards/carry) he still averaged over a yard more than Andre Ellington did last season for the Cardinals (3.3 yards/carry).

So there is definitely room for improvement in the Cardinals running game. Will Chris Johnson be the answer? He will have three weeks of preseason action to prove that he is.