Why J.J. Watt Signed With The Arizona Cardinals For $31 Million

J.J. Watt spent a full decade with the Houston Texans, putting up a spectacular career. He's won two Defensive Player of the Year awards, made five Pro Bowl teams, and has twice led the league in sacks.

His 10-year run included five trips to the postseason, though the Texans finished a disappointing 4-12 last season. A tumultuous offseason soon followed, with the team hunting for a new coach and general manager while fracturing their relationship with star quarterback DeShaun Watson.

As a result, Watt requested his release from the team to go play for a contender. The Texans granted his request, and soon the league was buzzing with speculation of where Watt might end up.

ESPN's Adam Schefter reports the deal is for two years and $31 million, with $23 million guaranteed.

If you ask Las Vegas, the Cardinals (at 40-1 odds) don't seem to be Super Bowl contenders. Postseason frustration was a major criterion for Watt leaving the Texans. The Cardinals last made the playoffs in 2015, which was also the last time they had a winning record.

Perhaps Watt thinks the future looks bright in Arizona. He'll be paired with Chandler Jones, the NFL's sacks leader since 2012. Watt is second during that time frame; together, the two have totaled 192.5 sacks.

And, he'll rejoin a pair of former Texans in wide receiver DeAndre Hopkins and defensive coordinator Vance Joseph. That will add some familiarity as Watt gets comfortable in his new surroundings. He's also got one of the league's most exciting young quarterbacks in Kyler Murray.

To be fair, despite finishing 8-8, the Cardinals played in several one-score games last season. They could very easily finish something like 11-5 next year and make a postseason run. And Watt won't have to do it all on the defensive end.

There's also one other bonus incentive that may have played a factor in Watt's decision: the Cardinals play the Texans this year. Watt gives it his all no matter the situation, but it'll be extra sweet if he can defeat his former team.

Watt turns 32 on March 22, and he said that all the signs "kept pointing back down here to Arizona" as he made his decision. We'll see how that decision turns out, but we do know one thing: he'll be ready to work. 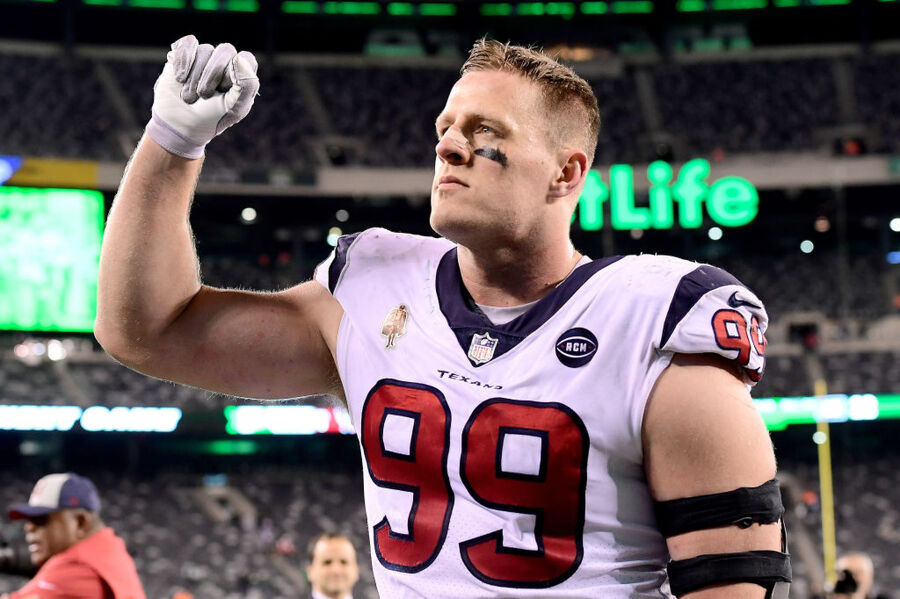 Steven Ryan/Getty Images
Did we make a mistake?
Submit a correction suggestion and help us fix it!
Submit a Correction