For more than a year, Dak Prescott and the Dallas Cowboys have been negotiating a contract. The Cowboys gave running back Ezekiel Elliott a six-year, $90 million deal just before the season started, and wide receiver Amari Cooper scored a five-year, $100 million contract earlier this month. It seemed certain Prescott would follow suit.

Instead, the two sides remained far apart in contract talks, and the Cowboys slapped the franchise tag on Prescott. And it just might be the best possible outcome for the quarterback.

A franchise tag locks a player into a one-year contract, so normally it's not a good deal for a player looking for a long-term deal with lots of guarantees. Prescott's case is unique, though.

For one, he'll make $31.6 million on the tag alone, which is already a lot more than his current salary. He could even take the path of Kirk Cousins and play back-to-back seasons under the tag, giving him about $70 million over the next two years. 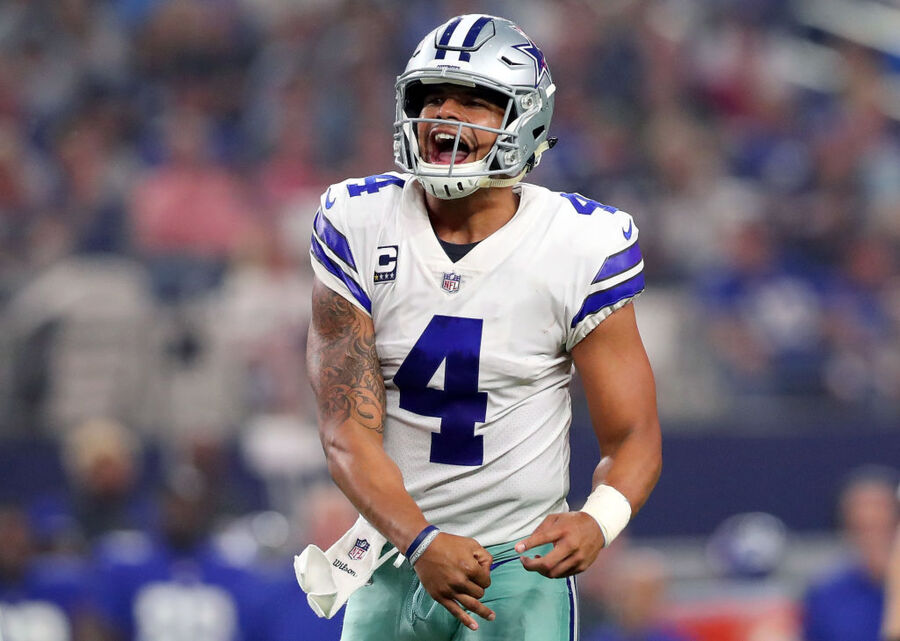 Prescott would then hit free agency in 2022 as a 28-year-old quarterback (presumably) still in his prime. That's a year younger than Cousins was when the Minnesota Vikings gave him an $84 million deal that was fully guaranteed. Cousins just signed another deal this week for $150 million.

If Prescott goes the two-year franchise tag route, he'd very likely surpass $200 million by 2024. If he, like Cousins, only signed a three-year deal, he would only be 31 when that first deal ended. That would set him up to sign another massive contract, which would be dictated by the quarterback market.

In fact, that's one of the biggest reasons Prescott and the Cowboys haven't agreed to a new deal yet. The Cowboys have reportedly offered their quarterback a contract worth more than Philadelphia's Carson Wentz and Los Angeles's Jared Goff. Wentz signed a four-year, $128 million deal with $109.2 million guaranteed. Goff's four-year, $134 million contract includes a record $110 million guaranteed.

But Prescott wants a four-year deal and the Cowboys want to sign him for five years. A four-year contract would put Prescott back into free agency in 2023, after guys like Patrick Mahomes and DeShaun Watson have signed their mega-deals.

However Prescott looks at it, he's going to get paid. His rookie deal was worth $2.7 million over four years. Even if he stays franchised for this season, he'll make more than ten times his entire rookie contract.

The Cowboys have until July 22 to sign Prescott to a long-term deal or he'll play 2020 under the franchise tag. And with quarterback prices continuing to rise – and more deals yet to come – Prescott should be thrilled with the possibilities.