Adrian Dantley had an extremely productive NBA career. The six-time All-Star twice led the league in scoring, finishing with career averages of 24.3 points, 5.7 rebounds, and 3.0 assists per game. He retired in 1991 and was inducted into the NBA Hall of Fame in 2008. He made millions during his career and is known for being careful with his money. He reportedly spent about $1,500 per month as a player – certainly modest among other extravagant lifestyles.

So why has he been working as a crossing guard since 2013?

Well, for one, Dantley enjoys the work. He grew up in Maryland and likes giving back to his community. He works an hour a day at Eastern Middle School and New Hampshire Estates Elementary School in Silver Spring, MD.

For his efforts, Dantley makes $14,685 per year. An associate of Dantley reportedly said "he's not just going to sit around." 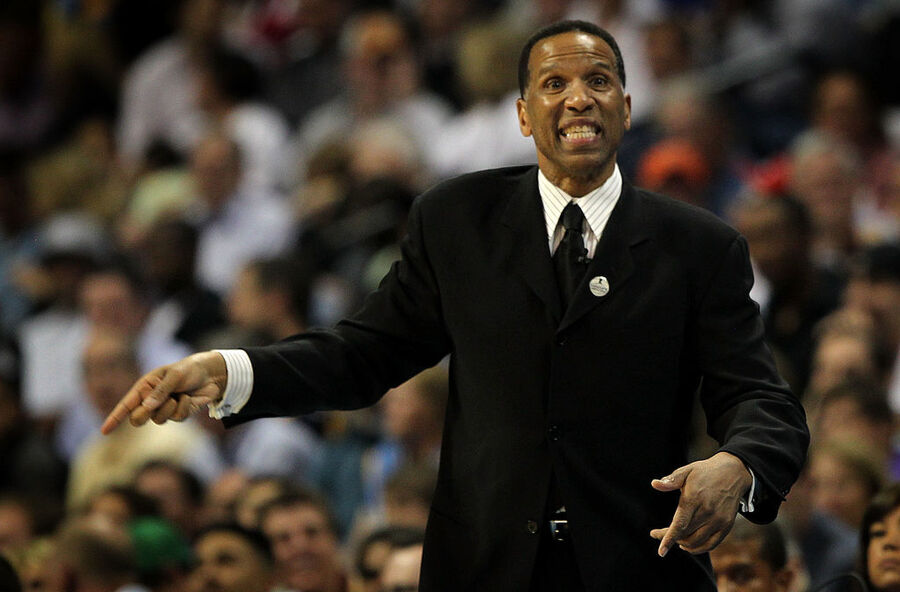 But there's also a hidden benefit to Dantley's second career: health benefits. Former NBA players don't receive health insurance, despite the fact that some have lingering injuries from their playing days. And the price of insurance can be sky high, even (or maybe especially) for all-time greats like Dantley.

In Montgomery County, though, where Dantley is now working, the benefits are plentiful. Despite working just an hour per day, Dantley receives the same insurance and benefits package as full-time employees.

Kids enjoy chatting with Dantley, who's quite the sight as a 6'5′" crossing guard. He offers encouragement and high fives before returning to his $1.1 million home – that he reportedly paid off entirely by 1996.

It may not have all the excitement of a packed NBA arena, but Dantley has settled in quite nicely to his new role. And just like he made sure to pick the best moments to get to the basket, he's finding the best times for kids to cross the street.