The Washington Wizards are in a tough spot. They had a below-average season last year. Their super max point guard John Wall tore his Achilles and will likely miss this entire upcoming season. They didn't even have a permanent general manager up until a few days ago.

But all of that doesn't matter in the case of Bradley Beal. New GM Tommy Sheppard confirmed the team will offer Beal a three-year, $111 million extension.

That's a huge amount of money – and Beal would be smart to turn it down.

The 26-year-old is in an ideal situation. He's got two years and $55.8 million still remaining on his current deal. Were he to sign this contract extension, it wouldn't kick in until 2021-22. 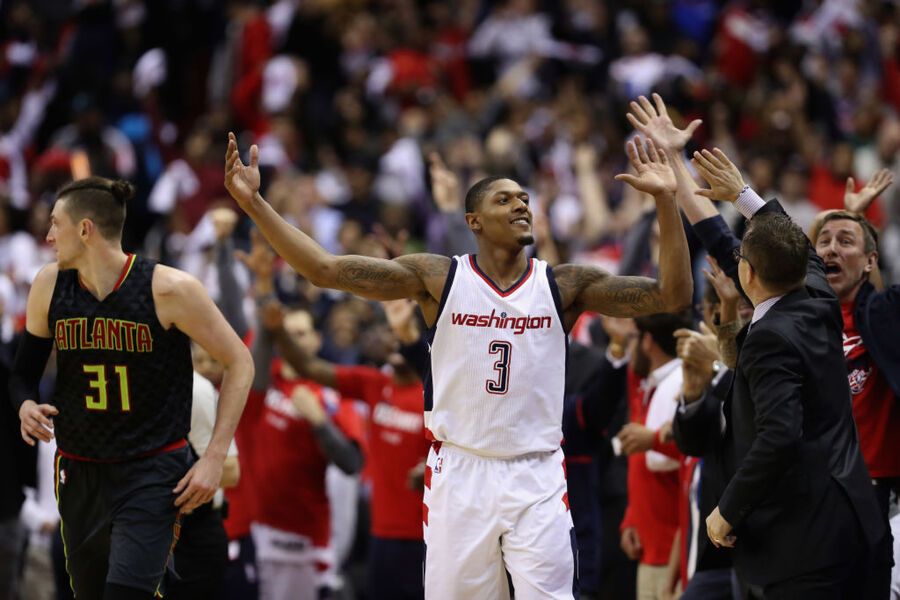 He's also coming off his best season in the NBA. He averaged a career-high 25.6 points last year, adding 5.5 rebounds and 5 assists per game, too.

If he waits until next off season, he could sign a four-year, $155 million max extension during the summer of 2020.

And if Beal is among the best players in the league and makes an All-NBA team during the 2019-20 season, he'd be eligible for a supermax extension. The Wizards could offer Beal a five-year, $254 million deal. Beal has until October 21 to sign the extension. He plans to take the time to consider his options.

The potential of making $144 million extra might be too much to pass up. Sure, there's the potential for injury, and the Wizards did already offer a supermax deal to Wall. That hasn't looked like a great move in the wake of Wall's injury. If the Wizards are serious about keeping Beal, though, they'll be willing to offer him as much as they can. And it just may result in an enormous increase in Beal's salary.