Why Are So Many Musicians Selling Their Catalogs?

Last month, Universal Music Publishing Group announced it had purchased Bob Dylan's catalog for a reported $300 to $400 million. It's a major move for an artist with such an extensive collection of songs – more than 600 over six decades. Rather than keeping a steady stream of income over the coming years, Dylan is selling it all for one massive sum.

To be fair, Bob Dylan is 79 years old. This sale should easily set him and his family up for the rest of his life. But he's not the only one that's sold his catalog recently. Other musicians, including David Bowie, Stevie Nicks, Imagine Dragons, Blondie, and Barry Manilow have parted ways with some or all of their catalog.

So why are musicians going this route and selling off their music to the highest bidder? There are three main reasons.

The rise in streaming has led to music catalogs increasing in value. Per the Digital Media Association's 2020 Streaming Forward Report, music streaming revenues surpassed $10 billion in 2019. That's a 21% increase from the previous year, and streaming only continues to grow.

The Wall Street Journal reports music catalogs are now trading at 10 to 18 times their annual value. That means a catalog that earns $50,0000 in a given year could easily be sold for anywhere between $5 million and $40 million. That's a hefty windfall for any artist.

Older songs typically benefit more because of their longevity and can sometimes get a boost from a viral hit. For example, a song like "Dreams" by Fleetwood Mac – released in 1977 – may be featured in a TikTok video that breaks the internet. The result? The band re-enters the Billboard charts and its catalog value goes up. 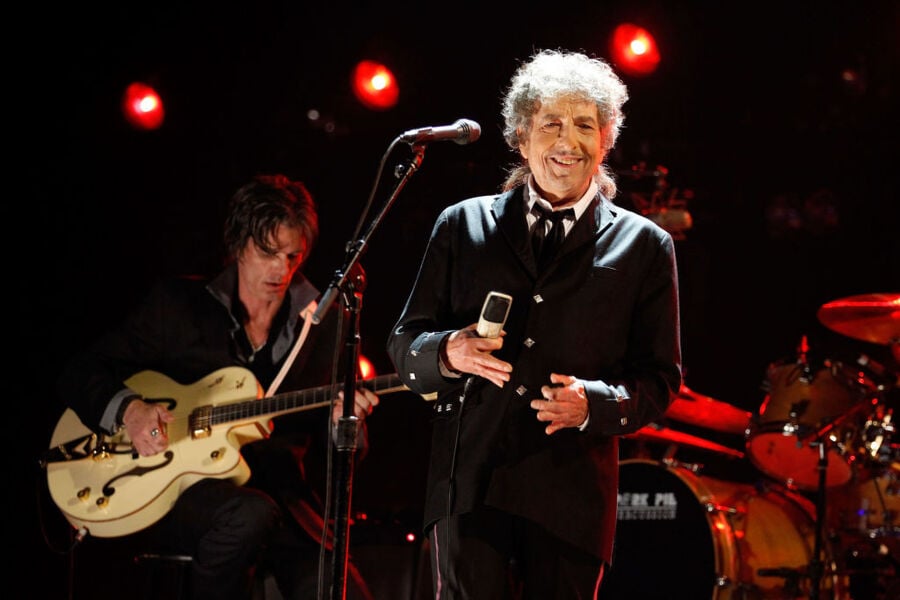 Licensing also plays a major role in catalog valuation. A song that's featured on a syndicated episode of a massively popular show like Friends or Seinfeld? That's a nice, consistent income stream since those shows are replayed ad nauseam across multiple channels and online platforms.

Even newer artists can see growth in their catalogs. By releasing a new album, fans will naturally flock to existing music, either to psyche themselves up for the upcoming release or to dig into a discography they may not be familiar with. Either way, streaming has helped boost the value of many artists. And the coronavirus pandemic hasn't slowed that growth down one bit.

Touring is no longer a viable option with the pandemic

What the pandemic has impacted is touring. For the majority of the year, musicians haven't been able to host shows. Even at outdoor venues, the idea of having a crowd standing close together is a risky endeavor. No one wants to cause a COVID-19 outbreak, so it's safer for musicians to avoid situations that could lead to harm.

There have been noble efforts by musicians to stay connected with their fans. Erykah Badu did a "Bedroom Concert" series where fans could pick her setlist and where they wanted her to perform in her house. Goldfinger released several live quarantine performances, jamming out to their classic tunes remotely.

Those virtual shows are no substitute for going on the road and touring, though. The opportunity to sell merch or upsell other concert experiences is almost non-existent. And that's a significant portion of revenue for a majority of artists. We don't know when live music will return to normal or if it ever will. Why not take a large sum of money now?

Perhaps the most intriguing reason musicians may sell their catalogs: they're privy to a special tax rate on self-created works. Musicians owe 20 percent in capital gains tax rates on their music. That includes album sales, streaming, licensing, and any other royalty income. If they had to pay ordinary tax rates, a musician could be taxed up to 37 percent on their earnings.

Musicians are the only artists that can save with this special tax rate. Filmmakers, painters, and video game creators have to pay ordinary income tax rates on sales and royalties.

Let's go back to the Dylan example. If his catalog sold for $300 million, a 20 percent tax rate would be $60 million. At 37 percent, Dylan would owe $111 million in taxes, or $51 million more. And if his catalog sold on the high end of the reported range, the savings are even more substantial.

At a $400 million sale, a 20 percent tax rate would cost Dylan $80 million. If he owed ordinary income tax, that payment would balloon to $148 million. Dylan would walk away with between $240 and $320 million thanks to the capital gains tax rate, saving between $51 million and $68 million in taxes.

Some artists can save even more. If they reside in a state with no income tax, such as Texas, Florida, or Nevada, they won't owe additional taxes on their recordings. They can also sell their catalogs through a trust in one of those states and save on taxes that way. If Dylan, who has long resided in California, went this route, he could save another $42 million.

We don't know what the future holds, but it's likely Joe Biden may increase taxes for the wealthy, increasing the top tax rate to 39.6 percent. The government may also entirely remove this allowance for musicians to sell their work; some Republicans tried to make that happen in 2017 before changing their minds.

With all that looming uncertainty, several artists are trying to strike while the iron—and money—is hot. In Dylan's case, he could save well north of $90 million. Those savings may not all be there in the coming months and years.

Still, we're likely to see more artists selling their catalogs, whether it's a full sale or only a portion of their music. There are plenty of hungry buyers, and smaller investors can get a piece of the pie through platforms like Royalty Exchange, which auctions off catalog listings from various artists.

As the music landscape continues to evolve, there's plenty to keep an eye on – and it will be fascinating to watch it all unfold.