Who Will Make The Most Money On The Lakers Next Year: Russell Westbrook Or LeBron James?

The NBA Draft last week had plenty of buzz around it. The Detroit Pistons took Cade Cunningham number one overall with hopes he can revitalize their franchise. The Orlando Magic snagged Jalen Suggs, who fell to fifth, which is actually a good thing for him. The San Antonio Spurs selected Josh Primo with the 12th pick, a move several analysts called a reach. It's hard to argue with the Spurs' track record, though, so we won't cast judgment.

But all of that was overshadowed by a major trade. As Shams Charania and Adrian Wojnarowski first reported just before the draft started, the Washington Wizards sent Russell Westbrook to the Los Angeles Lakers.

In return, the Wizards will receive Kyle Kuzma, Kentavious Caldwell-Pope, Montrezl Harrell, and the 22nd pick of the 2021 draft. That pick was used on Kentucky's Isaiah Jackson, though Jackson is on his way to Indiana in another trade.

The Wizards will also send the Lakers second-round picks in 2024 and 2028. The trade can't be officially announced until August 6, when next year's salary cap becomes official and teams can start making moves. 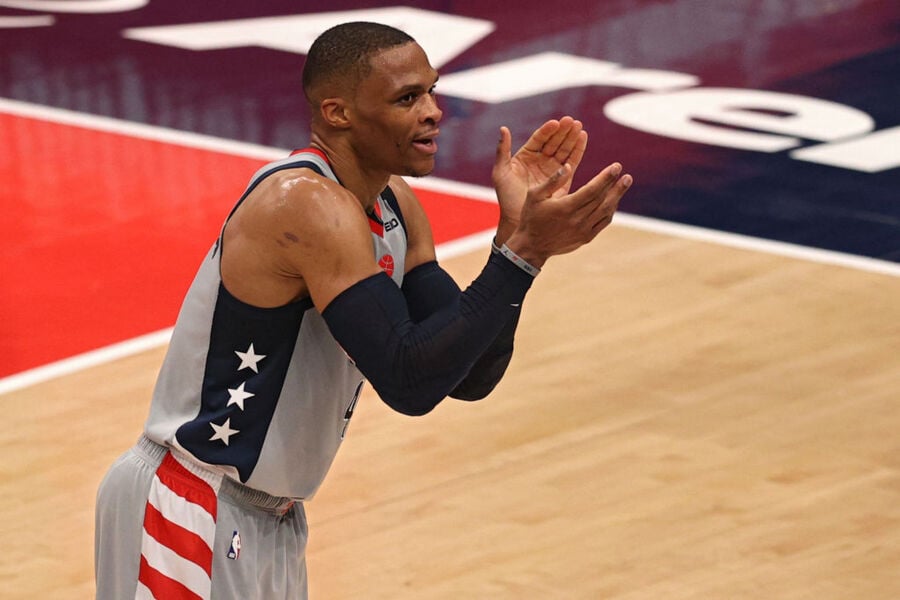 However, the Lakers already know they're going to have to pay a ton of money. Thanks to the 2019 trade that brought Anthony Davis to the Lakers, the team now has three players earning at least $35 million next year.

Westbrook only spent one season with the Wizards, but he made it a productive one. He averaged a triple-double with 22.2 points, 11.5 rebounds, and 11.7 assists. He's currently got two seasons left on this deal and will hit free agency in the summer of 2023.

Together, James, Westbrook, and Davis have 34 All-Star appearances. After an injury-riddled season in 2020-21, the trio will look to get the team back to championship contention.

Since 2019, Westbrook has moved from Oklahoma City to Houston to Washington and now Los Angeles. But all that hopping around will be worth it if he can get his first title.