Who Will Be The First $100 Million Earner In Tennis – Novak Djokovic Or Roger Federer?

By Travis Pulver on February 7, 2016 in Articles › Sports News

When people think of sports where an athlete can make a ton of money they don't typically think of tennis. But! Hitting a little yellow ball with a racket can actually pay pretty pretty pretty well. Last year, 7 of the 100 highest paid athletes in the world were professional tennis players. Three were in the top 25. And two of those three people are looking to make history very soon.

Tennis has never had a player reach the $100 million career earnings milestone. Both Novak Djokovic and Roger Federer are very close. Federer is currently in the lead with $97.9 million, but after winning the Australian Open last week, Djokovic has closed the gap to just $1 million with $96.9 million in career earnings.

So it will not take much for either one to hit the mark? Who will do it first? 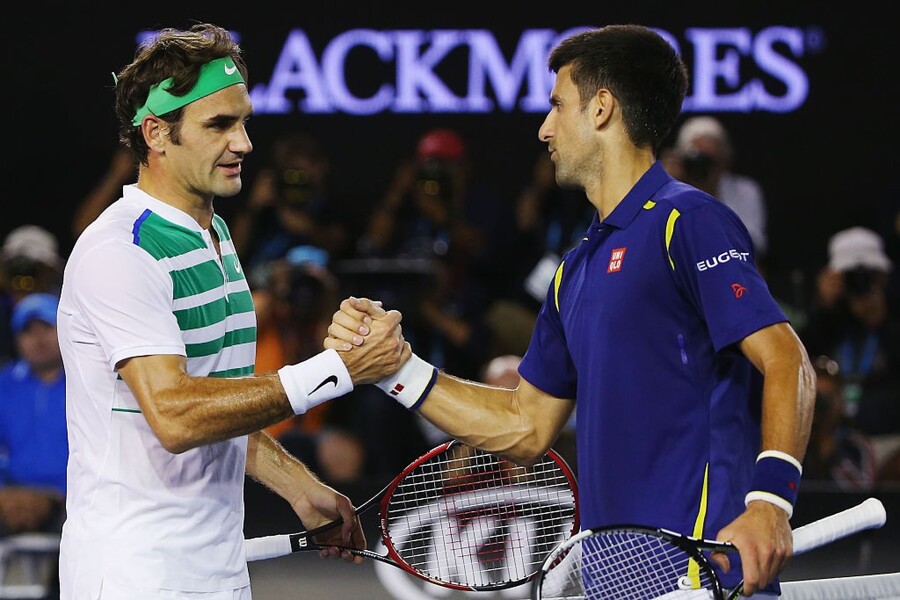 The smart money is on Djokovic. At 28, he is still in his prime, he is the No. 1 player in the world, and has been playing excellent tennis of late. He has not lost a tournament this season (he has played in two). The last time he lost a match was to Federer at the ATP World Tour Finals last year, but he went on to win the tournament. The last time he lost a tournament was the Western & Southern Open in August of last year. He lost to Federer in the Finals.

His quest will benefit from Federer's absence on the court for the a few weeks. He will need some time off to recover from a knee injury he suffered in the Australian Open against Djokovic. He has already had surgery to repair a torn meniscus, and is expected to be out for the next two tournaments.

"I am so disappointed to have to miss Rotterdam and Dubai as they are two of my favorite tournaments on the ATP World Tour," said Federer (CNN), who won a seventh Dubai title in 2015.

Players will often get an appearance fee for playing in the Davis Cup, but it is not counted towards their prize money total.

Should Federer return in time for Indian Wells he could open up his lead again with a win, and cross the $100 million milestone by winning the French Open (which he did back in 2009).