Who Owns the San Francisco 49ers And How'd They Earn Their Fortune?

As Super Bowl LIV draws closer, all eyes will be on the many storylines on the field. Will Kansas City's Patrick Mahomes bring home his first championship, giving Andy Reid his first title, as well? Or will upstart head coach Kyle Shanahan and 49ers quarterback Jimmy Garoppolo complete one of the best turnaround seasons in league history, moving from four to potentially 16 wins in just one year?

While players and coaches are getting most of the attention, the 49ers ownership team has quietly built an incredible business empire. Here's a look at the team's owners and how they've made their money.

Denise DeBartolo York – with a net worth of $1.1 billion – and husband John York serve as co-chairmen of the 49ers. Their son, Jed York, is the team president and CEO and runs the day-to-day operations. The Yorks have been in control of the 49ers since 2000, and have helped the team's value grow exponentially. 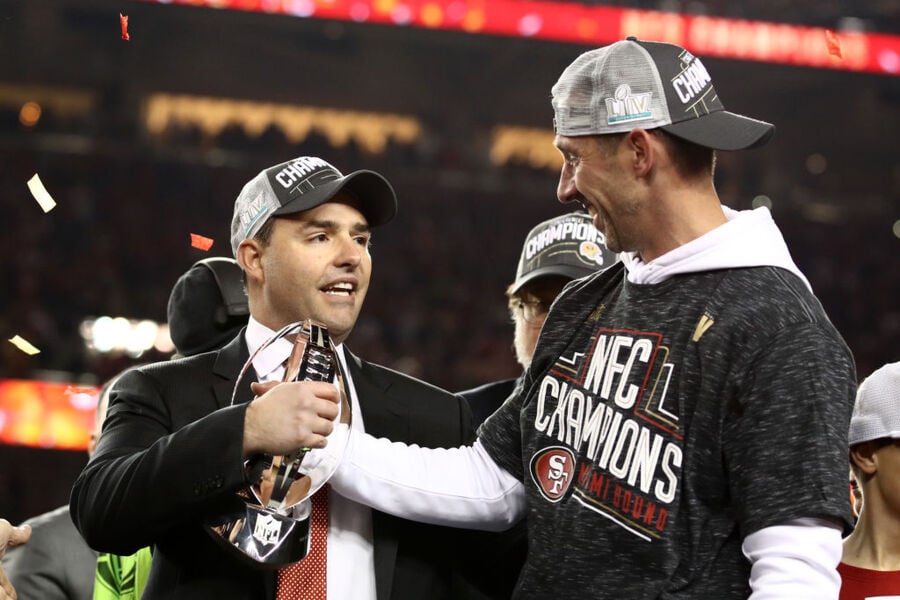 Denise York began making her money while working for her family's real estate business in Ohio, The DeBartolo Corporation. She became company vice-president and eventually co-chairman in 1994.

Around the same time as her rise in the family business, Denise's father, Edward DeBartolo, Sr. bought the Pittsburgh Penguins as a gift for her. She sold them in 1991 after they won the Stanley Cup, and received control of the Niners from her brother Eddie nearly a decade later.

John York, meanwhile, is a retired cancer research pathologist and has made several medical donations over the years. John currently serves as chairman of the NFL's International Committee and sits on the league's Audit and Business Ventures Committees.

Jed York has continued the family tradition of success both on and off the field. Jed was born in Youngstown, Ohio in 1980. In high school, Jed captained his baseball team and was senior class president. Just like his father John and uncle Edward, Jed received his bachelor's degree from the University of Notre Dame.

Thanks to The DeBartolo Corporation's success, Jed really didn't have much incentive to work. At one point, the corporation owned nearly one-tenth of all mall space in the United States. But Jed still put a year in working as a financial analyst for Guggenheim Partners in New York City.

Business has been booming under the York family. Now the next goal is to add a Super Bowl championship to its collection of assets.