Who Owns The Los Angeles Rams?

The Los Angeles Rams are in the Super Bowl for the second time in five seasons, but they're still looking for their first championship as a Los Angeles team. Led by new quarterback Matthew Stafford, top receiver Cooper Kupp, and star defensive tackle Aaron Donald, the Rams will go for the title in their own backyard, at the still very new SoFi Stadium.

For more than 25 years, Stan Kroenke has had an ownership stake in the Rams. Today, the Rams are valued at $4.8 billion. Kroenke alone is worth $12 billion, making him one of the richest people in the U.S. How did he become the owner, and how has he gotten rich?

Stan Kroenke was born in Columbia, Missouri, and grew up in nearby Mora, an unincorporated community of about two dozen. He got into the business world early, sweeping floors at his father's Mora Lumber Company. By age 10 he was keeping the company's books, developing an appetite for making money.

In 1974, just a few years after graduating from the University of Missouri, Kroenke married Ann Walton, a Walmart heiress. The Waltons are one of the wealthiest families in the world, so, despite already having built up a significant net worth from real estate, the marriage certainly opened up some doors for Kroenke. In 1983, he founded the Kroenke Group real estate firm, developing many of his plazas, shopping centers, and retail areas close to Walmart stores. When Ann's father died in 1995, the couple inherited a stake in Walmart—that stake was worth $4.8 billion near the end of 2015. 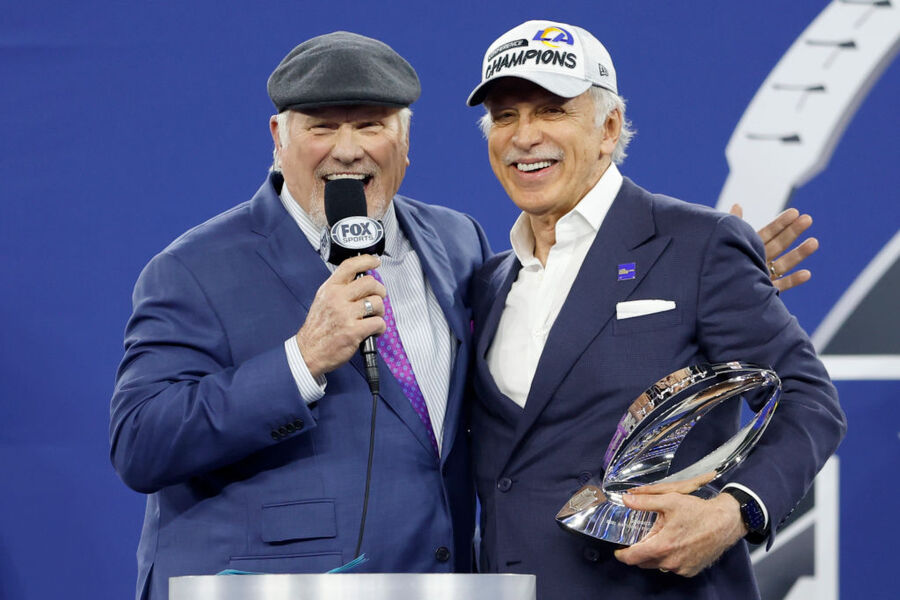 Kroenke is also the chairman of THF Realty, a real estate development company with a portfolio north of $2 billion, The company primarily focuses on retail shopping centers, with more than 100 projects totaling 20 million square feet. Additionally, Kroenke owns a winery in Napa Valley and is a major owner of working ranches—he owns about 850,000 acres.

All of these ventures allowed Kroenke to pursue his passion for sports. In 1999, he put his fandom to work with Kroenke Sports & Entertainment. He purchased the Denver Nuggets and Colorado Avalanche for a mere $450 million in 2000—today the two teams are worth $2.28 billion combined—and added the Colorado Crush in 2002. Two years later, in 2004, Kroenke bought Major League Soccer's Colorado Rapids and National Lacrosse League's Colorado Mammoth.

Sticking to his real estate roots, Kroenke Sports & Entertainment owns Ball Arena in Denver (home to the Nuggets and Avalanche) and co-owns Dick's Sporting Goods Park (home of the Rapids). Kroenke also provides in-house ticket sales to all of his teams through his own company, and in 2004, he launched the Altitude regional sports network, which broadcasts his team's games.

So, how did a guy who only focused on Colorado teams end up owning a team that's been in St. Louis and Los Angeles?

For that, let's hop back to 1995. Then-Rams owner Georgia Frontiere wanted to move the Los Angeles Rams from Anaheim to St. Louis. She was particularly attracted by the promise of $20 million in annual season ticket profits, pricey personal seat licenses, and a favorable lease. The NFL allowed her to move, but as part of the deal, she sold 40% of the team to Kroenke.

Kroenke kept that stake for 15 years. Frontiere died in 2008, and her two children inherited the remaining 60% ownership. However, just two years later, the children expressed a desire to sell the rest of their ownership stake, and they wanted Kroenke to be the recipient. Kroenke immediately bought half of the remaining stake and later purchased the rest at a $750 million valuation. This was just about a decade ago, and again, today the Rams are worth $4.8 billion!

But there was a slight wrinkle in this move: the NFL doesn't allow its owners to hold majority control of major league teams in other NFL markets—and Denver already had the Broncos. In order to gain full control of the Rams, Kroenke had to give up his majority stake in both the Colorado Avalanche and Denver Nuggets. His workaround was to sign over control to his wife, Ann Walton Kroenke, who now technically owns both teams.

After gaining majority control of the team, Kroenke initially said he would keep the Rams in St. Louis. However, after a few years, Kroenke changed his tune, claiming the city wasn't financially viable for an NFL team and should focus only on the NHL's Blues and MLB's Cardinals. Despite the protest of the city of St. Louis, Kroenke submitted a proposal to move the Rams to Los Angeles on January 4, 2016, with plans to play in a 70,000-seat stadium he had built in nearby Inglewood. Kroenke's proposal joined relocation bids from the San Diego Chargers and Oakland Raiders.

The Rams and Chargers ultimately moved to Los Angeles, while the Raiders ended up in Las Vegas. The Rams have been in L.A. since the start of the 2016 season. Though the Rams have had a fair amount of success on the football field, their second stint in Los Angeles has not been without controversy. The city of St. Louis filed a lawsuit against the NFL and all 32 NFL teams in 2017. Four years later, Kroenke and the city agreed to a $790 million settlement to end the lawsuit.

Beyond the Rams, Kroenke is the owner of Arsenal Holdings, which owns Arsenal F.C. and Arsenal W.F.C. Kroenke initially had a 9.9% stake in the team beginning in April 2007, but he steadily grew his ownership to a more than 90% stake. His final purchase valued the club at more than $2.43 billion.

Since moving the Rams to Los Angeles, Kroenke has also developed two esports teams: the Los Angeles Gladiators and Los Angeles Guerrillas. Both teams are based next door to where the Rams play.

The city of St. Louis will likely be rooting against the Rams on Super Bowl Sunday—after all, Kroenke is still viewed as a villain there. But those Rams could do something no team has done before in franchise history: win a title in the City of Angels.