Who Is Raptors Superfan Nav Bhatia And How'd He Earn His Fortune?

Nearly a quarter century after joining the NBA, the Toronto Raptors are in their first ever NBA Finals. Led by Kawhi Leonard and a stout defensive supporting cast, the Raptors will take on the league's current juggernaut in the Golden State Warriors.

It's been a wild ride to get here. The Raptors have trailed in every playoff series this year but ultimately prevailed. There was a bizarre loss to the Orlando Magic to start the playoffs. Then we witnessed Leonard's four-bounce buzzer beater in the second round to knock out the Philadelphia 76ers – the first Game 7 buzzer beater in NBA history. Finally, the Raptors blew a golden opportunity to defeat the Bucks in Game 1, and after a blowout loss in Game 2, it looked like their season was all but over. But a double overtime win in Game 3 started a four-game winning streak that landed the Raptors in their first-ever Finals.

While this is new ground for the franchise, one man has been cheering them on since they first came into the league. And no, we're not talking about Drake, but rather the official Raptors "Super Fan" and multi-millionaire Nav Bhatia. 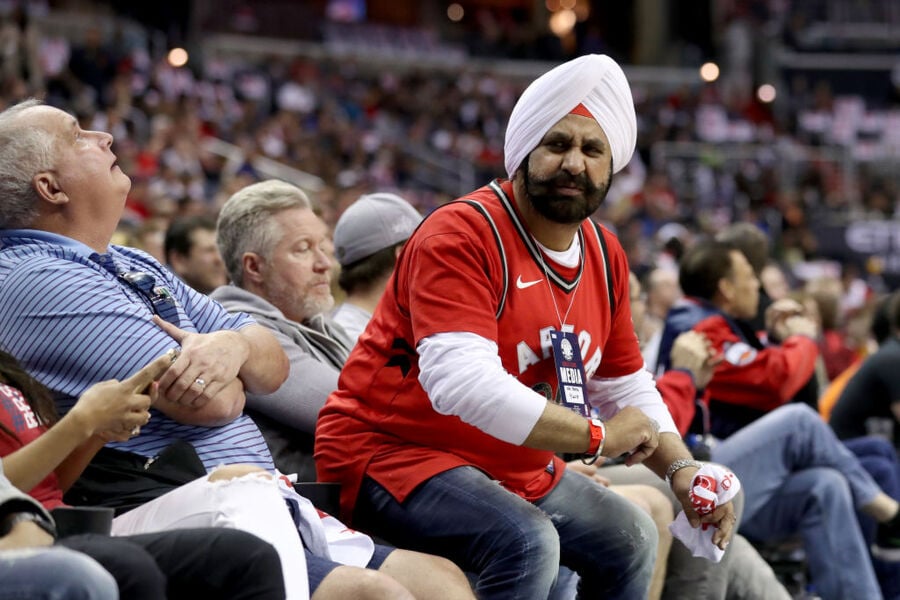 Bhatia is a Sikh who fled from anti-Sikh riots in India and settled with his family in Canada in 1984. At the time, he only had a few dollars and an engineering degree to his name. He began searching for a job, but his Sikh turban and beard made people hesitant.

By Bhatia's estimate, he had about 300 job interviews before landing a position as a car salesman at a Hyundai dealership. He sold 127 cars in his first three months, a Hyundai record he says still stands to this day. The company offered him a management position at a fledgling dealership, and Bhatia turned it around, eventually owning that dealership and several others. He's now the most successful Indian-born car dealer in Canada.

The Raptors Super Fan had humble beginnings: "When the Raptors came in '95, I bought two tickets, because I could only afford two," he once said in an interview. "Now I have 10 seats — I have six courtsides and four platinum seats and once a year I buy thousands of kids tickets to the game."

Bhatia says he spends more than $300,000 per year on Raptors tickets, with many of those tickets going to other people. Another passion of Bhatia's is integrating Sikhs into Canadian culture. He's experienced discrimination throughout his life and wants to make sure no one else from the Sikh community has to see the same.

Perhaps it's no surprise that Bhatia and the Raptors go together so well. They both had humble beginnings as outsiders in their communities and went through some tough times. But now, they're both thriving and making a lot of people happy. Expect to see plenty of shots of Bhatia as the Raptors look to win their first ever championship.