Which NCAA Conferences Made the Most From March Madness?

The Final Four is set for the men's NCAA Tournament, and it's full of blue blood programs (who also happen to have plenty of blue in their team colors). Kansas will take on Villanova in the early game, and then Duke and North Carolina square up for the first time in an NCAA Tournament. It's a fitting conclusion to the 42-year career of Duke's Mike Krzyzewski, and a suitable start for UNC's Hubert Davis, in his first year coaching the Tar Heels.

Every year, the NCAA distributes money to conferences based on how many March Madness games its member teams play before the championship game. Winning teams earn one "unit" for every game they play during the NCAA Tournament, except for the NCAA championship game. Those units have a monetary value. We won't know the exact value for this year's tournament until the end of 2028, but based on NCAA revenue distribution numbers, Sportico estimates each game will be worth about $2.02 million. That money is then distributed to the conference over the following six years. 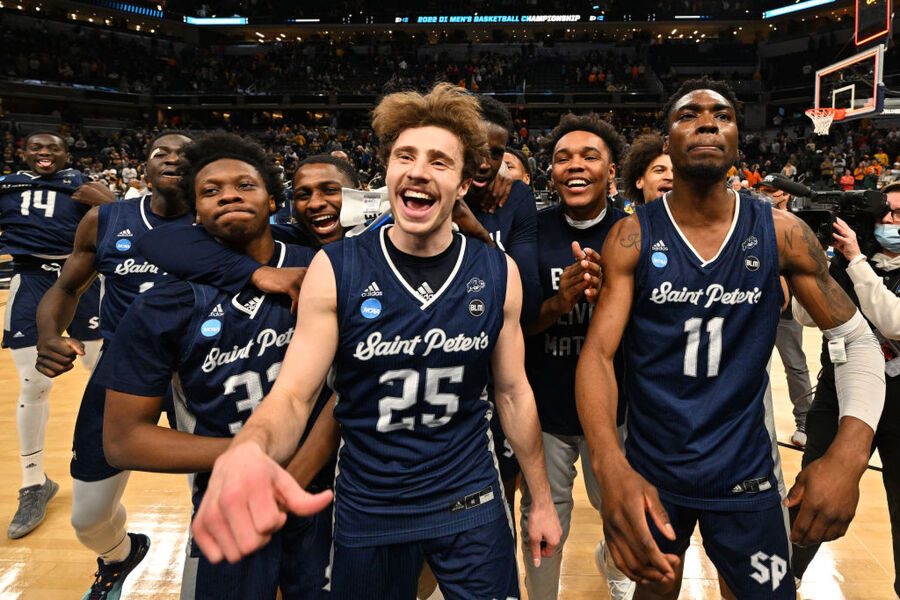 The ACC had five teams in the tournament and played an impressive 18 games, led by Final Four representatives Duke and UNC as well as Miami, which reached the Elite Eight as a 10-seed. The Big 10 also played 18 games, but none of its nine qualifying teams advanced past the Sweet Sixteen.

Other conferences will take home millions of dollars, too. The Big 12 will make about $34.3 million, with the Big East and SEC finishing fourth and fifth-highest, earning $26.3 million and $22.2 million, respectively. Thanks to the surprise run of the Saint Peter's Peacocks, the Metro Atlantic Athletic Conference (MAAC) — a conference that hadn't won an NCAA Tournament game since Siena knocked off Ohio State in 2009 — will earn $8.1 million.

These unit payouts account for more than a third of the money the NCAA pays its schools. The conferences are typically encouraged to distribute them equally, though that can sometimes lead to frustration among the winning teams. After all, if a school such as Saint Peter's did all the hard work, shouldn't they be rewarded accordingly?

This Final Four should continue the excitement of the tournament's first two weeks. While the remaining schools can't earn any additional money from the NCAA for their programs, a championship would work wonders for years to come.