Why On Earth Did This NBA Player Voluntarily Take An 88% Pay Cut Next Season??? His Answer Is Interesting…

Some NBA players are only out for themselves. They'll try to milk teams out of big contracts, even if it isn't the best situation for them to win in. Look at Carmelo Anthony: back in 2010, he forced Denver to trade him to the Knicks in the middle of the year, rather than waiting until the off-season to sign with another team. That move put New York out three solid rotation players (and a ton of other terrible-at-the-time-and-still-mostly-terrible-today pieces).

By doing that, Anthony was able to make more money because he had Denver re-sign him. Teams re-signing their own players can offer a bigger payday over an extra year. With that additional cash going to his bank account, Anthony didn't seem to mind that he was going to a rough situation in New York, particularly with the roster gutted. When he entered free agency last year, he signed a five-year, $129 million extension last year, once again choosing the extra money and the bright lights of the Big Apple over joining a team that, you know, can get out of its own way.

There's nothing wrong with wanting to snag more cash, but it's not for everyone. And nobody is a better example of that than former Indiana Pacer David West. David just signed a new contract with the Spurs for the veteran's minimum of $1.4 million. Why is this significant? Because at the end of last season, the Pacers offered him $12 MILLION to stay with the team for the final year of his contract. $12 million to $1.4 million is an 88% pay cut from. Why would he do this… voluntarily? 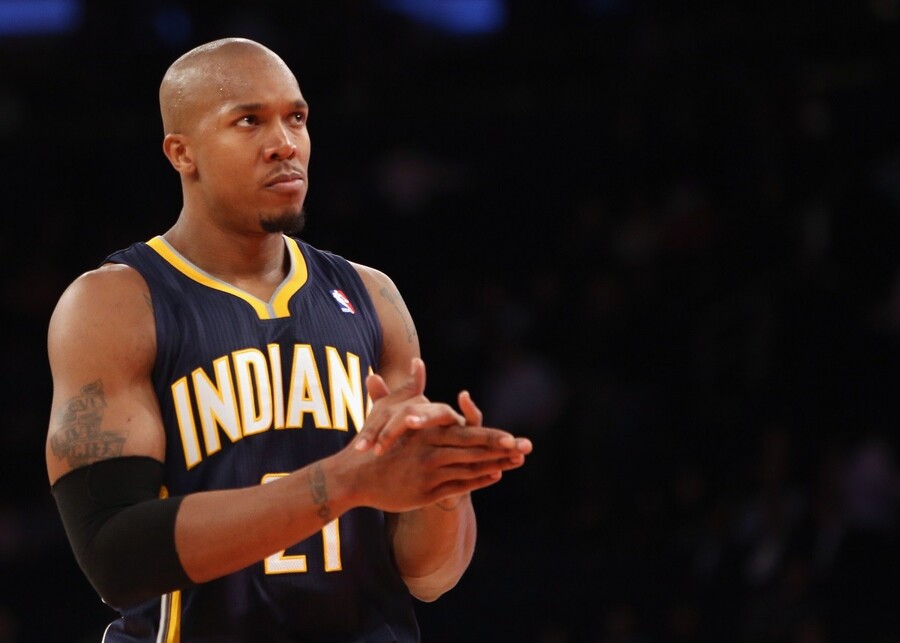 It's the ultimate "championship over money" goal, and it's certainly understandable from West's perspective. He's 35, at the twilight of his career, and though the Pacers were in the Eastern Conference Finals just two years ago, they've taken a step back and are trying to rebuild their roster. West doesn't have time to wait, so he joins a Spurs team who has made the Finals two of the past three years, and returns most of their core from those two squads. Tim Duncan, Tony Parker, Manu Ginobili, Kawhi Leonard, Danny Green…they'll all be back. Oh yeah, and the Spurs grabbed the biggest free agent of the summer in LaMarcus Aldridge. On paper, they look like the early favorites to win the West, if not the NBA Finals.

Some fans are crying foul over West's decision, though. It's easy when it's someone else's money, right? But constantly losing can't feel too good. Some of the Pacers squads West was a part of were not bad teams. They could just never make it over the hump, and it'll only get worse over the next couple of years. Besides, it's not like West hasn't had a successful career – he's made more than $87 million over 12 NBA seasons, and has a net worth of $21 million.

Other Spurs players are taking pay cuts, too. Duncan, Ginobili and Parker have all given up money to stay on a championship-caliber team. Seems like winning really does cure everything.