Being a caddie for a professional golfer can be quite lucrative. According to former PGA Tour caddie Michael Collins, though caddies and players all negotiate their own deals, there are some general guidelines to follow. Typically, a caddie will receive a weekly salary in the $1,500 to $3,000 range, and often a bonus if their player makes the cut. Caddies generally receive 10% of the player's earnings for a victory, 7% for a top 10 finish, and 5% for everything else.

With most tournaments having multi-million dollar purses, that means the caddies for players that win a tournament (or even finish in the top ten) can take home a six-figure pay-day for a week's worth of work. Not a bad haul!

Sometimes, though, the caddie doesn't need the money at all. That's what happened during the Hero World Challenge, when a billionaire stepped in for a few rounds. 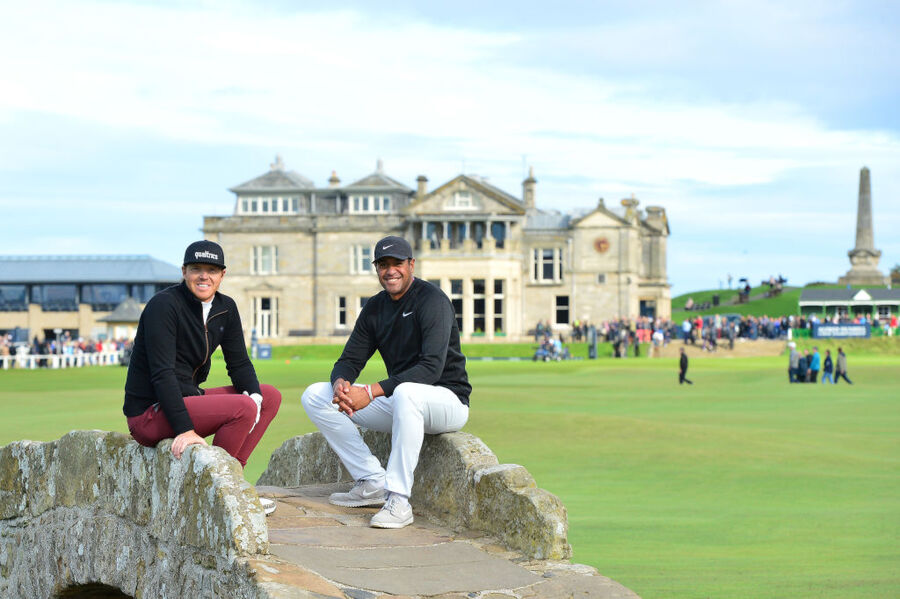 PGA golfer Tony Finau's regular caddie, Mark Urbanek, had to miss the event to stay home with his expecting wife. Needing a caddy, Finau called on his friend Ryan Smith, 43, who just so happens to be worth about $2 billion. Smith co-founded the analytics company Qualtrics—which SAP purchased for $8 billion—and is the majority owner of the Utah Jazz.

Smith is no stranger to the golfing world. He owns a house on the 18th hole at Pebble Beach Golf Links and has been playing golf since he was a kid in Utah. He even worked at a course when he was only 14 years old.

This isn't the first time a caddie has been the wealthiest person on the golf course, either. Back in 2014, Scott McNealy served as a caddie for his son, then-18-year-old Maverick McNealy. The elder McNealy is the co-founder of Sun Microsystems and is worth over a billion dollars, as well.

Finau ended up finished tied for seventh, which gave him $114,000 in prize money. He had been asked during the tournament whether he'd give his substitute caddie a cut if he ended up winning.

"Oh yeah, no question about it," Finau replied.

It's unclear if the golfer ended up sparing $7,980 for Smith after his seventh-place finish. Even if he didn't, we don't think Smith will be too upset. After all, he's got plenty of money to spare.